Walmart Inc`s urgency to stem market share losses to rivals around the world is driving it to partner with local players in the UK and India, even as it scales back in some other markets like Brazil. 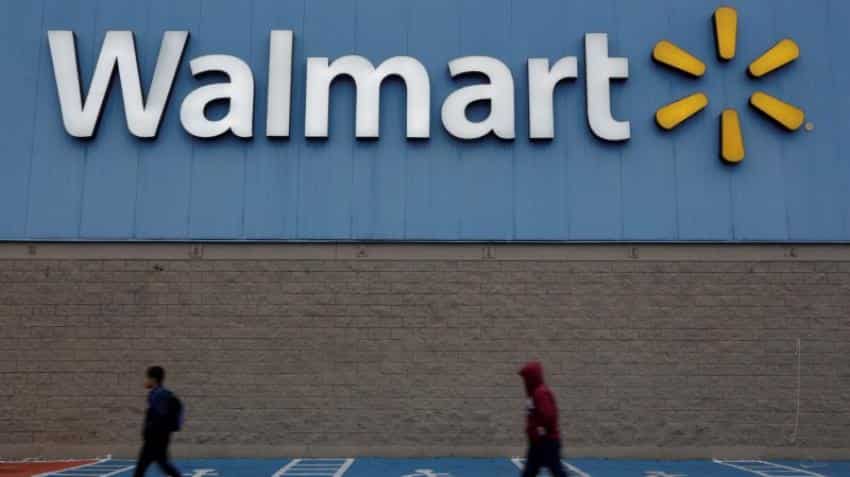 Walmart Inc`s urgency to stem market share losses to rivals around the world is driving it to partner with local players in the UK and India, even as it scales back in some other markets like Brazil. The world`s largest retailer is in talks to merge its UK arm ASDA with J Sainsbury Plc in which it will hold a minority stake. Walmart is also looking to acquire a majority stake in India`s leading online retailer Flipkart for $10 billion to $12 billion after years of underperformance there.

The moves underscore Walmart`s renewed focus on catching up with competitors, ranging from grocer Aldi Inc to Amazon.com Inc, in key international markets. The retailer’s underperforming international business contributed less than a quarter to its total revenue of $500.3 billion in fiscal 2018.

"Walmart has simply been too slow to react when it comes to their overseas business," said Burt Flickinger, managing director, Strategic Resource Group. "They have finally started taking corrective action and are now dedicating their resources to where they think they can grow," he said.

It also marks a shift in Walmart`s traditional approach of building a business on its own.

"Walmart is clearly moving away from trying to crack tough foreign markets by itself to striking partnerships because it realizes that is the fastest way to bridge the gap with competitors," said Laura Kennedy, vice president, retail sales and shopper practice at Kantar Consulting.

A Walmart spokesman declined to comment on the negotiations in the UK and India.

This was in large part due to adverse currency movements, which hurt the money repatriated from its foreign arms, but also because of a series of missteps in major markets around the world.

In an effort to fix its international performance, Walmart in January appointed Chief Operating Officer Judith McKenna to run its international unit and has indicated it will focus on its core North American markets and growth markets like China and India.

Walmart`s international woes have been exacerbated by slow decision-making over the years and even initial talks with India’s Flipkart began as far back as 2016.

Walmart initially entered the Indian market in 2007 through a joint venture with India’s Bharti Enterprises, years before Amazon debuted there. That joint venture was called off in 2013 and its presence in India has remained largely static since then, at least in part due to restrictions around foreign investment in physical retail in India.

Meanwhile, Amazon jumped in with a less regulated online marketplace offering, retail consultants and investors said. Amazon now holds about 27 percent of India`s burgeoning e-commerce market, according to Euromonitor, where Walmart remains a footnote and only operates 21 cash-and-carry wholesale stores in the country that sell to businesses.

Walmart’s slow-footedness means if a deal is announced, Flipkart could be Walmart`s largest acquisition to date, potentially at a steep premium to what SoftBank Group paid for a stake in the company less than a year ago.

INTERNATIONAL BLUNDERS
Walmart`s international moves over the years have involved a series of blunders.

For example, Walmart bet on an unprofitable, second-tier online retailer in China in 2011 and has since been behind Alibaba Group Holding Ltd. In 2016, Walmart sold its online business in China to pick up a stake in China`s no 2 retailer JD.com.

In Brazil, Walmart has struggled to gain traction after a decade, while in the United Kingdom it has been unable to stem market share declines to hard discounters like Aldi Inc and Lidl.

Now, Walmart is trying to offload a majority stake in its Brazilian operations to private equity firm Advent International. And on Saturday, Sainsbury said it and Walmart`s British unit Asda are in talks to create the country`s biggest supermarket group.

Their combination, which some said shows Walmart’s retrenching in the market, would surpass Tesco`s grocery market share and be worth up to 15 billion pounds ($20.7 billion).

Whether Walmart`s latest moves will turn Walmart International into the growth engine it once was remains to be seen, consultants said. For now at least, investors have largely supported the decisions to jumpstart global growth made by Chief Executive Doug McMillon as exemplified by the market reaction to the talks in India.

"In the short term, the Flipkart deal may look pricey, but the markets haven`t punished Walmart because investors realize this is probably their best chance to have a fair fight with Amazon in India," Ken Murphy, portfolio manager at Aberdeen Standard Investments, said.

Walmart`s shares fell 20 percent from an all-time high in January largely due to concerns around its online performance in the United States. They have, however, risen 27 percent in the past year, outperforming the wider S&P 500 index, which rose 12 percent during the same period.