The still incalculable costs of the affair -- including regulatory fines and legal costs -- pushed VW into the red for the first time in more than 20 years last year when it booked a loss of 1.6 billion euros due to the provisions it was forced to set aside. 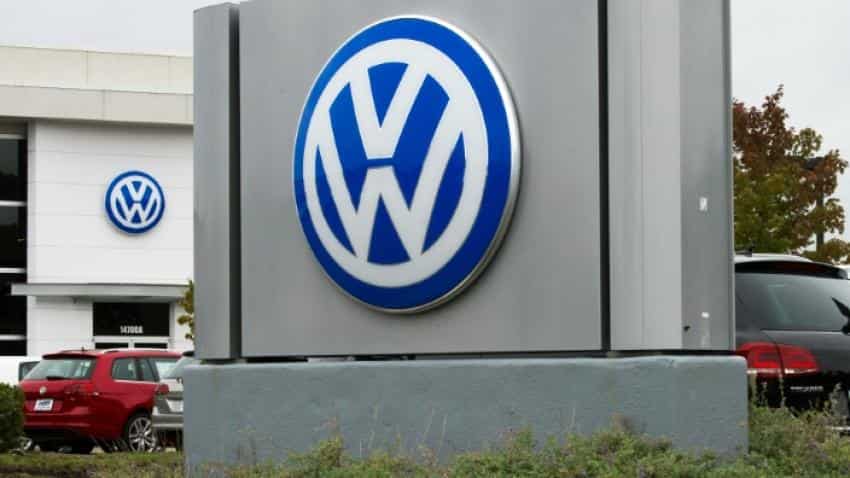 German auto giant Volkswagen posted net profit of 2.28 billion euros ($2.49 billion) for the third quarter and raised its full-year forecasts, turning the tide from a massive loss a year ago over its emissions cheating scandal.

The group`s profit for the three months ending September fell slightly short of the 2.45 billion euros forecast by analysts, but was a sharp improvement from the 1.73-billion euro net loss posted for the same period last year.

The carmaker, once a paragon of German industry, has been plunged into its deepest-ever crisis after it emerged in September last year that it installed emissions-cheating software in 11 million diesel engines worldwide.

The device allowed some vehicles to spew out almost 40 times the permissible levels of harmful nitrogen oxides.

The still incalculable costs of the affair -- including regulatory fines and legal costs -- pushed VW into the red for the first time in more than 20 years last year when it booked a loss of 1.6 billion euros due to the provisions it was forced to set aside.

The provisions to cover repairs, buy-backs and legal costs have so far amounted to around 18 billion euros.

But in a sign that it was turning the tide, Volkswagen predicted Thursday that its full-year sales revenues "may reach the prior year figure", raising its previous forecast of a 5-percent drop year-on-year.

It now also sees its operating return on sales -- a measure of profitability -- reaching the "upper end" of the previously forecast range of 5 to 6 percent.

The improved outlook for the group came two days after a US judge granted final approval for a $14.7-billion class action settlement in the emissions cheating scandal, the largest of its kind by a car manufacturer in history.

It offers compensation to nearly half a million owners of polluting Volkswagen and Audi diesel-powered vehicles in the US, and at the same time also resolved some claims brought by US and California environmental regulators who had sought penalties for Volkswagen`s violations of pollution laws.

But the company is still in talks with US federal prosecutors to settle criminal allegations related to the emissions cheating, and also faces a myriad of lawsuits in Europe where it has pledged to fix the rigged cars.

It also needs still needs to conclude a separate settlement in the United States concerning about 80,000 Volkswagen, Audi and Porsche cars with 3.0 litre engines equipped with the emissions cheat devices.

VW`s luxury division Audi on Thursday lowered its own full-year forecast as it grapples with both the dieselgate fallout and a recall over faulty airbags made by supplier Takata.

Audi said it had to deal with "additional financial burdens" amounting to 620 million euros in the third quarter.