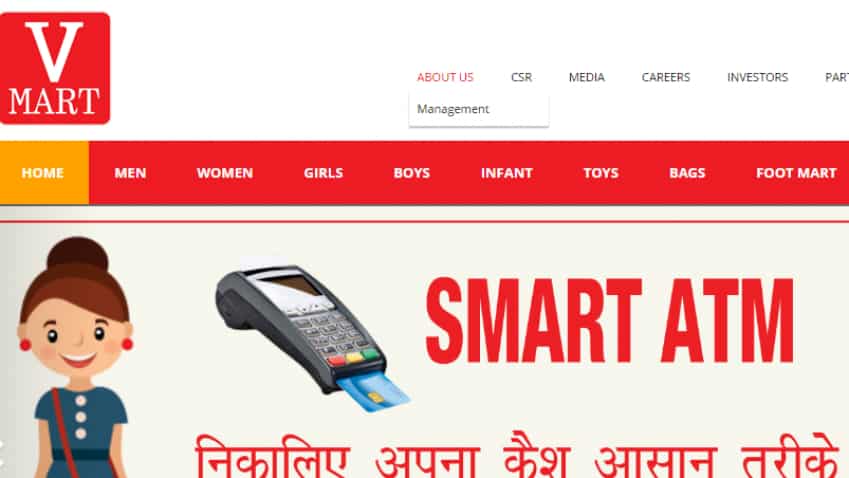 The retail chain, which operates 136 stores across 116 cities, will enable Smart ATMs at all its stores to allow citizens to withdraw cash through their debit cards. Representational Image. Image Source: Official Website

V-Mart Retail, which has a network in tier-II and tier-III cities would allow cash withdrawal of up to Rs 2,000 from its store through ATM cards.

The retail chain, which operates 136 stores across 116 cities, will enable Smart ATMs at all its stores to allow citizens to withdraw cash through their debit cards.

V-Mart Retail CMD Lalit Agarwal said, "In our endeavor to assist the citizens tackle the after effects of demonetisation and assist the government in easing the current cash-crunch; all of 136 V-Mart stores will act as Smart ATMs, allowing the citizens to withdraw cash and avoid hassles of queuing up at banks."

Under the circular issued by the Reserve Bank of India (RBI), all point-of-sale (POS) electronic data capture (EDC) devices can be used for the purpose of withdrawing cash via a debit card.

V-Mart, is enabling the citizens in remote areas of the country with limited exposure to banks get easy availability to cash, he added.

ALSO READ: Public can continue to withdraw up to Rs 24,000 per week from bank accounts, ATMs: RBI