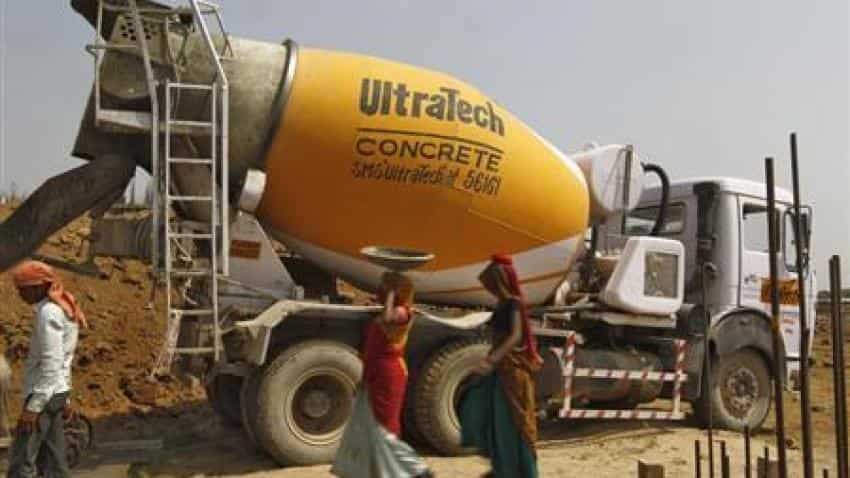 The shareholders of Century would get one equity share of UltraTech. Image source: Reuters
Written By: PTI
RELATED NEWS

Aditya Birla Group firm UltraTech said it would acquire the cement business of BK Birla Group company Century Textiles and Industries through a share swap deal, a move which would further consolidate its position as market leader in the segment. The Board of Directors of UltraTech Cement, at its meeting held today, approved a scheme of arrangement amongst Century Textiles and Industries and its respective shareholders and creditors, the Aditya Birla Group firm said in a statement.

According to the scheme, the shareholders of Century would get one equity share of UltraTech, having a face Rs 10/- each for every eight equity shares of Century of face value Rs 10 each.

"UltraTech will issue 1.4crore new equity shares to the shareholders of Century, which will increase its equity capital to Rs 288.58 crore, divided into 28.86 crores equity shares of Rs. 10/- each," said UltraTech.
"The acquisition will contribute positively to the company's earnings," it said further.

The transaction would provide UltraTech, opportunity to further strengthen its presence in the east and central markets and extending its footprint in the Western and Southern markets in the country.

"The operations will be bolstered by economies of scale arising out of synergies in procurement and logistics costs; creation of efficiencies by reducing time to market, enhancing competitiveness as well as customer service," said UltraTech.

It further said that the transaction is expected to be "consummated within 6-9 months".

Other advantages stem from ready to use assets with a strong distribution network, availability of land, railway and other infrastructure. The acquisition is expected to lead to greater shareholder value creation, the company said.

"The transaction is subject to the approval of shareholders and creditors, stock exchanges, NCLT, CCI and all other regulatory approvals as may be required," the company said.

Century Textiles has three integrated cement units situated in Madhya Pradesh, Chhattisgarh and Maharashtra with a total capacity of 11.4 mtpa (million tonnes per annum) and a grinding unit in West Bengal of 2.0 mtpa.
For the financial year ended March 31, 2018, it had reported revenue of Rs 4,306 crore.

Besides, the company is also into race to acquire debt-ridden Binani Cement and has put its revised offer competing with Dalmia Bharat Group.

UltraTech, which is a leader in the segment, has an installed capacity of 96.5 MTPA of grey cement. It has 19 integrated plants, 1 clinkerisation plant, 25 grinding units and 7 bulk terminals.

"Upon consummation, the Company's cement capacity will stand augmented to 109.9 mtpa including its overseas operations," the company said adding "This will position UltraTech as the 3rd largest Cement player globally (excluding China)."
Its operations span across India, UAE, Bahrain, Bangladesh and Sri Lanka.

Besides UltraTech Cement is also India's largest exporter of cement to the countries around the Indian Ocean and the Middle East.