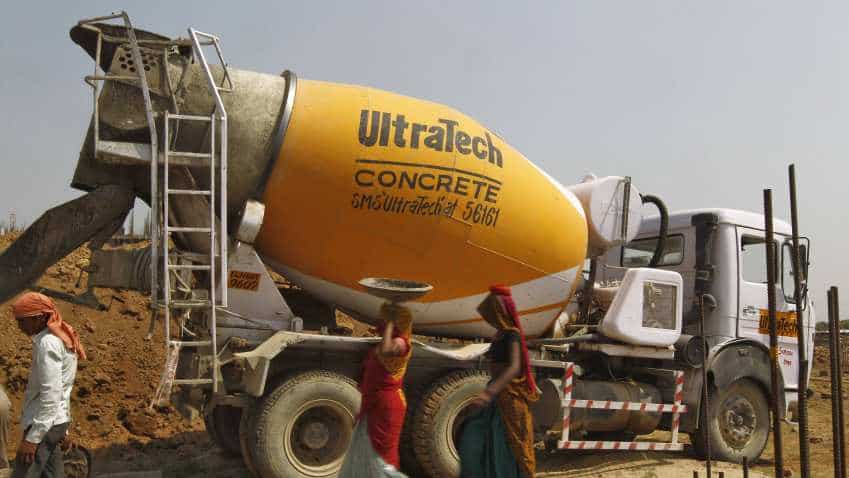 The company had posted a net profit of Rs 423.76 crore in the July-September quarter a year ago, UltraTech Cement said in a BSE filing. Image Source: Reuters
Written By: PTI
RELATED NEWS

UltraTech's total income was Rs 8,371.69 crore during the quarter under review, up 19.52 per cent against Rs 7,003.85 crore in the corresponding period of the previous fiscal. Its total expenses during the quarter were at Rs 7,814.81 crore.

"Domestic sales volume jumped 21 per cent over Q2FY18. However, the rising energy and logistics cost coupled with rupee depreciation resulted in costs increasing by 14 per cent as compared to Q2FY18 bringing down profits as compared to previous year," UltraTech Cement said in a statement.

The company informed that its six months results were not comparable as these include results of assets acquired from Jaiprakash Associates Limited and Jaypee Cement and GST implementation.

Meanwhile, in a separate filing UltraTech Cement informed that it has inducted Kailash Chandra Jhanwar as Additional Director and appointed him as Whole-time Director (designated as Deputy Managing Director & Chief Manufacturing Officer) of the company with effect from October 19.

Over the outlook, the company said that demand is witnessing an upward movement with higher spends on infrastructure and government sponsored housing programme.

"With the additional capacities acquired by the company through the organic and inorganic route and its rapid ramp-up, UltraTech is very well placed to participate in the growth of the economy," said UltraTech. Shares of UltraTech Cement were trading at Rs 3,590.00 on BSE, down 3.76 per cent from the previous close.