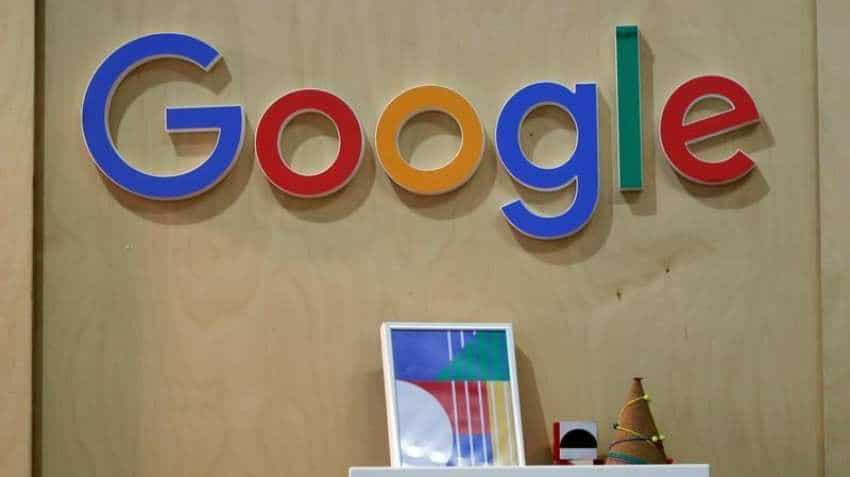 Google said it will "work towards fixing this in an upcoming release of SetUp wizard which will be made available to OEMs over the next few weeks". Image source: Reuters
Written By: PTI
RELATED NEWS

"Since the numbers get listed on a user's contact list these get transferred accordingly to the contacts on any new device," a Google spokesperson said in a statement.  Google apologised for the same and said the numbers can be manually deleted from the phones. It also promised to fix the same in future editions of its setup wizard.
"We are sorry for any concern that this might have caused, and would like to assure everyone that this is not a situation of an unauthorised access of their Android devices. Users can manually delete the number from their devices," the statement added.

The tech titan said it will "work towards fixing this in an upcoming release of SetUp wizard which will be made available to OEMs over the next few weeks". Earlier today Aadhaar-issuing authority UIDAI had said it has not asked any phone maker or telecom service provider to include its toll-free number on mobile phones, as it tried to assuage user concerns relating to the invasion of privacy.

Telecom operators' body COAI too said none of its members had pre-loaded any unknown numbers on any mobile phone. The clarification had come on reports that many Android-operating system run mobile phones listed by default the Aadhaar helpline number 1800-300-1947. UIDAI said the number 1800-300-1947 appearing in the contact list of Android phones was an "outdated and invalid" helpline number.

Defending itself after drawing flak on social media over the default inclusion of the number in mobile phone contact list, the Unique Identification Authority of India (UIDAI) had said that, "...The said 18003001947 is not a valid UIDAI toll free number and some vested interests are trying to create unwarranted confusion in the public". The UIDAI's valid toll free number is 1947, which is functional for more than the last two years, it had said.

The appearance of the number on smartphones had caused a social media furore, as users expressed concerns over how the helpline number had snuck into their smartphone contact list. #UIDAI was trending on the micro-blogging site as the Twitterati sought to unravel the mystery, and questioned the "breach of privacy". Yesterday, a French security expert who goes under the pseudonym Elliot Alderson and describes himself as "worst nightmare" of the UIDAI had tweeted, "Hi @UIDAI, Many people, with different provider, with and without an #Aadhaar card, with and without the mAadhaar app installed, noticed that your phone number is predefined in their contact list by default and so without their knowledge. Can you explain why?"

The UIDAI controversy, second in the last one week, comes at a time and the Supreme Court has reserved its judgement on a clutch of petitions challenging the constitutional validity of Aadhaar Act. There are also heightened concerns over personal information being allegedly compromised in some instances with increasing use of biometric identifier Aadhaar in an array of services.