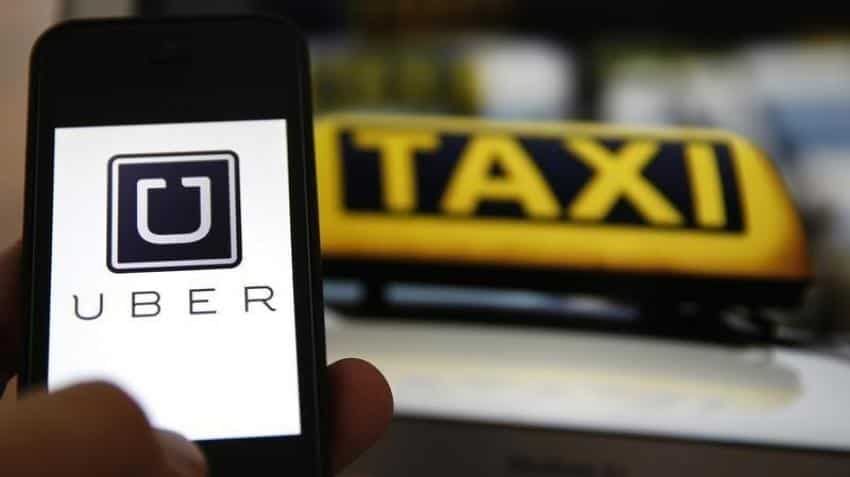 Uber CEO said operations in India are not profitable but India accounts for more than 10 per cent of the company's trips globally. Image source: Reuters
Written By: PTI

Ride hailing firm Uber today promised to continue investing in India as it saw it as an incredibly important and core market to grow and become a substitute to owning a car.

On his maiden trip to India, CEO Dara Khosrowshahi said the company's investment strategy will not change with Japan's SoftBank acquiring a stake in the US firm.

Refusing to disclose how much Uber has invested in India, he said, "it is a lot and that investment is going to continue."

Uber, he said, accounts for less than 1 per cent of miles driven in the world, and is an alternate to taxis.

"What we really want is to be alternate to car ownership," he said adding problems of traffic and pollution that India faces can be solved with its pioneering share rides.

He said operations in India are not profitable but India accounts for more than 10 per cent of Uber's trips globally.

"I expect (India) to account for higher and higher trips going forward," he told a media roundtable.

Asked if SoftBank, which is also an investor in rival and India's market leader Ola, has asked Uber to focus on profitable market, he said the company's strategies are decided by the board.

"While SoftBank may have an opinion, their's is not the only opinion in the room," he said. "And it is my belief that we as a company need to have a balanced profile in terms of growth and investment."

Developed markets like the US will continue to be invested and will be profitable but Uber should "actively" invest in markets like India and Latin America because of their sheer size, he said. These markets have "huge growth ahead" for Uber, he said.

Uber accounts for less than 1 per cent of the USD 5 trillion transportation industry globally and capturing higher share "requires investments in big markets with population, that have lot of growth ahead of them."

SoftBank Vision Fund, which recently became Uber's largest shareholder with the formal closing of a USD 9.3 billion investment, has reportedly stated that Uber should focus on recovering its market share in the US and growing in key European markets, to have a faster path to profitability.

While India remains Uber's largest market outside of the US, it is also the biggest cost for the company.