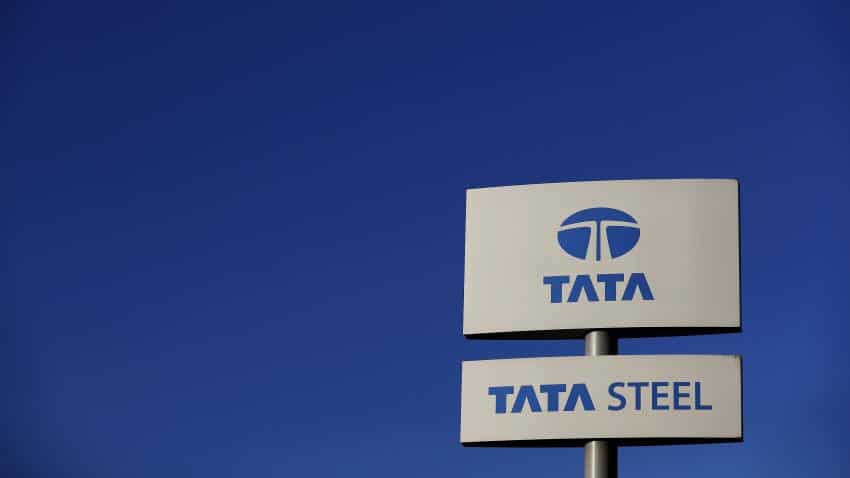 A company logo is seen outside the Tata steelworks near Rotherham in Britain, March 30, 2016. REUTERS/Phil Noble/Files
RELATED NEWS

Two groups signalled their interest in buying the British assets of Tata Steel on Tuesday, offering hope that thousands of jobs could be saved after weeks of uncertainty.

Sanjeev Gupta`s metals group Liberty House and a management buyout team called Excalibur said they had submitted an initial expression of interest in buying the assets ahead of a 1600 GMT deadline.

The two groups had been racing to submit their interest after India`s Tata Group announced plans in March to sell its entire UK steel operation, which had been hit by cheap Chinese imports, soaring costs and weak demand.

Keen to avoid the loss of 10,000 jobs, the government has offered hundreds of millions of pounds in support to potential buyers and said it could take a 25 percent stake in the firm.

Britain`s Business Secretary Sajid Javid also postponed a major trade visit to Iran to focus on the future of the steel industry at home.

Liberty`s Executive Chairman Gupta was the first businessman to express an interest in Tata`s loss-making assets which include the Port Talbot steel plant in Wales, and on Tuesday the firm said it had submitted a bid.

"Liberty believes the UK steel industry can achieve long-term viability if based on an agile, sustainable, non-cyclical model," the company said a statement.

Liberty confirmed that Macquarie Capital and the State Bank of India had been appointed as financial advisers for the deal.

Indian-born Gupta, who established Liberty House while a student at Cambridge in the early 1990s, has said Port Talbot and its jobs could be saved if the giant blast furnaces were replaced with facilities to process imported slab steel instead.

Excalibur Steel UK, led by Tata`s UK strip products director Stuart Wilkie, also confirmed its interest, saying it had made huge progress in pulling together a plan that would enable the management and staff to take a stake in a strategic British industry.

"We believe we have a large number of the pieces in place required to make this a success, including a management team with vast experience of steel making and processing," he said in a statement. "We are confident we can turn the business around."

Last week, Prime Minister David Cameron visited Port Talbot and said any sale of Tata`s British assets would have to cover the whole of the business.

Britain`s government has also offered help in lowering the cost of energy for steel works and with workers` pensions to try to save the industry but says its efforts are not linked to the EU referendum on June 23.

Those campaigning to leave the bloc have seized on the crisis, accusing the EU of not doing enough to stop Chinese imports and have blamed the bloc`s rules on state aid for preventing government intervention.