EY said in a report published on Thursday steel firms took on debt as they fought for market share, notably the Chinese steel sector has added about a billion tonnes of capacity since 2000, helping to take global excess capacity to about 700 million tonnes. 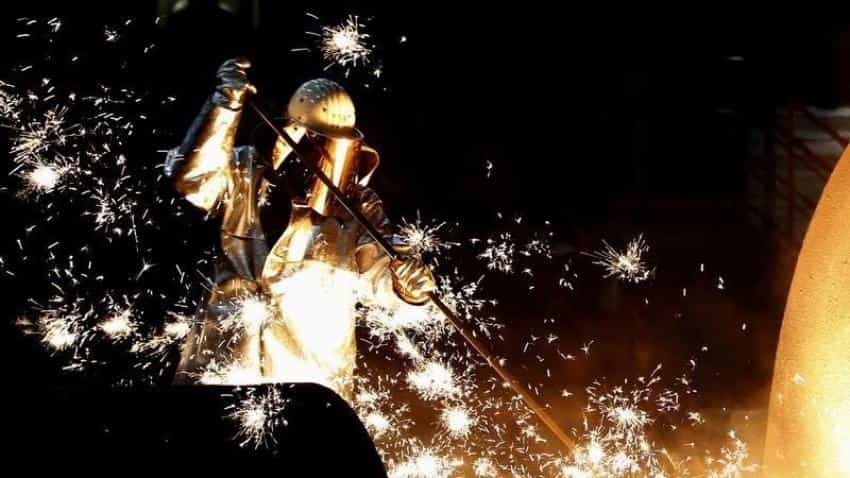 Overcapacity and weak steel prices have piled pressure on firms such as Tata Steel , which is in merger talks with German conglomerate Thyssenkrupp .

EY said in a report published on Thursday steel firms took on debt as they fought for market share, notably the Chinese steel sector has added about a billion tonnes of capacity since 2000, helping to take global excess capacity to about 700 million tonnes.

The debt of the top 30 companies is dwarfed by China`s steel sector debt, estimated at $500 billion.

"Many steelmakers are in some form of distress with some teetering on the verge of bankruptcy," Anjani Agrawal, EY global steel leader, said, adding government efforts would only work if the industry had viable business models.

Thyssenkrupp, the world`s 16th largest steel producer by tonnage, has announced the sale of real estate assets as well as embarking on merger talks with Tata.

At the end of June, the firm had gearing of 175 percent, versus 124 percent a year earlier, and debt of 4.77 billion euros compared with 4.39 billion the previous year.

It aims to reduce its gearing to less than 150 percent by the end of September and told an analysts` call last week it should meet that target.

The world`s largest steelmaker ArcelorMittal has tackled its debt with a $3 billion rights issue.

It also sold a $1 billion stake in a Spanish automotive steel group Gestamp in April. Net debt was $12.7 billion at the end of the first half of 2016, down from $17.3 after the first quarter. The group guides for positive cash flow in 2016.

China has promised to reduce steel capacity by 45 million tonnes this year, but cuts in the first seven months were only 47 percent of the annual target.

To protect Western firms from Chinese steel, which the United States and Europe says is sold at less than cost price, Washington and Brussels have imposed duties, prompting criticism from China.

European steel representatives say Chinese firms should carry out most of the restructuring, given the size of their debts, but they are not assuming that will happen and all measures will be needed for the sector to survive.

"For the next 5 to 10 years there will be substantial pain. It should be principally in China, but it will be principally here unless we have effective trade measures," Brussels-based lawyer Laurent Ruessmann, a partner at Fieldfisher, said by telephone. He represents steel firms and is specialised in China and trade law.

Passenger vehicle makers to invest Rs 65,000 crore by FY25 to ramp up capacity