'The Girl on the Train' tops North American box office

The movie from Universal is based on a best-selling novel by British author Paula Hawkins. 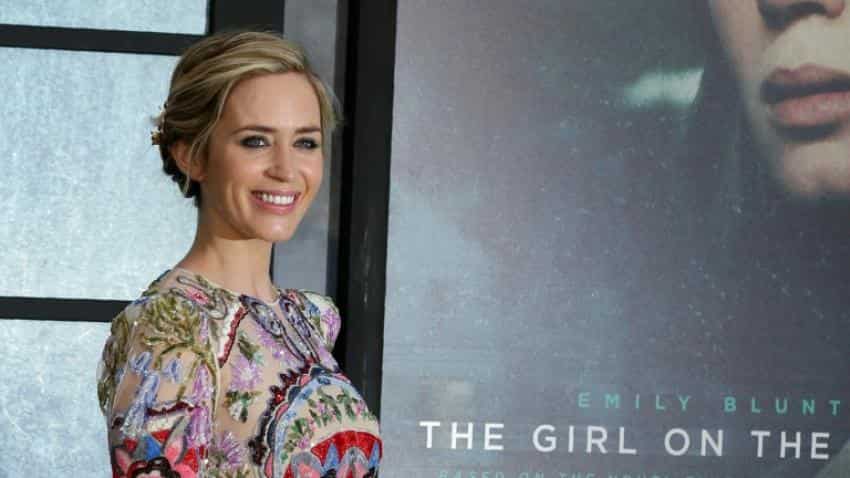 Rounding out the top 10 films were:

Emily Blunt plays a depressed, alcoholic divorcee who witnesses something odd as she rides a commuter train and ends up launching a missing persons investigation.

The movie from Universal is based on a best-selling novel by British author Paula Hawkins.

It unseated from first place Tim Burton`s new fantasy tale "Miss Peregrine`s Home for Peculiar Children," which dropped to second at $15.1 million. That film`s cumulative total in its second week in theaters stands at $51.2 million, according to actual figures from industry tracker Exhibitor Relations.

Burton`s latest movie, from 20th Century Fox and Chernin Entertainment, tells the story of a headmistress (Eva Green) at an orphanage in Wales full of odd youngsters with magical powers.

Dropping from second to third was Mark Wahlberg`s oil-rig thriller "Deepwater Horizon," from Lionsgate, at $11.5 million.

Sony and MGM`s "The Magnificent Seven," a remake of the classic 1960 Western starring Denzel Washington, came in fourth at $9 million.

Fifth place with $8.3 million went to "Storks," an animated film from Warner Bros in its third week. The children`s picture is about baby-delivering birds who have modernized and now deliver packages for a global internet retail giant.

In its debut week and sixth place, "The Birth of a Nation", a US civil war epic, took in $7 million.

The critically acclaimed film, which had been deemed a strong contender for the Oscars, has suffered at the box office because of controversy surrounding its star, Nate Parker, who also directed, wrote and produced the film.

Parker and the film`s co-writer Jean Celestin have been at the center of a scandal over rape allegations made against the pair 17 years ago when they were in college. Parker was acquitted after a trial. Celestin was convicted of sexual assault but the verdict was later thrown out on appeal.