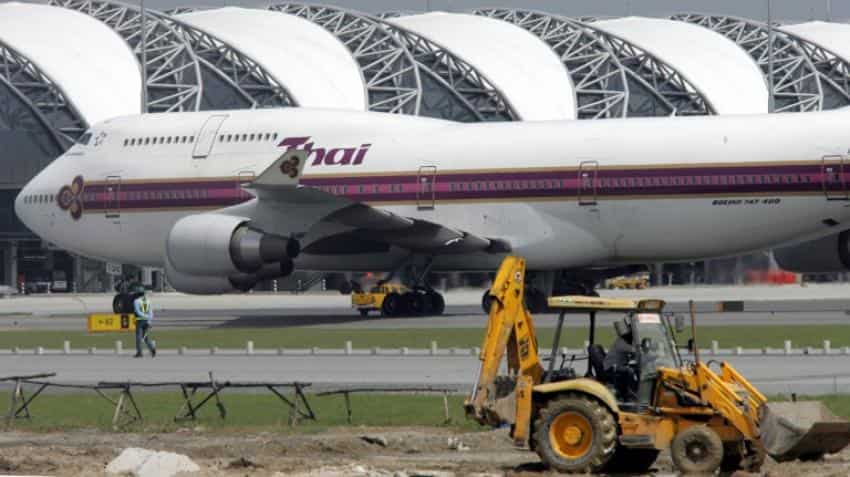 The investigation comes after the renowned British engine-maker agreed to pay a $808 million fine to authorities in Britain, the United States (US) and Brazil to settle bribery and corruption claims. Image Source: AFP
Written By: AFP
RELATED NEWS

Thailand`s flagship airline on Thursday said it had launched a probe into revelations that Rolls-Royce paid millions of dollars in bribes to win contracts, including to airline employees and government officials.

The investigation comes after the renowned British engine-maker agreed to pay a $808 million fine to authorities in Britain, the United States (US) and Brazil to settle bribery and corruption claims.

A British judge this week said the investigation revealed "the most serious breaches of the criminal law in the areas of bribery and corruption" prompting Rolls Royce, which cooperated with the probe, to apologise.

But the findings -- concerning the engine maker Rolls-Royce, which has no connection with Rolls-Royce cars, a marque owned by the Germany auto maker BMW -- will likely make for uncomfortable reading in the countries where bribes were paid.

In Thailand investigators found some $36 million in bribes and incentives were paid between 1991 and 2005 to intermediaries -- including "agents of the State of Thailand and employees of Thai Airways" -- to help the company win lucrative jet engine deals.

A Thai Airways statement said the company will "gather information from all the sources in order to investigate the matter thoroughly".

"When all facts have been compiled and reviewed" the airline will determine appropriate actions to take on any corruption found", the statement added.

Sansern Poljiak, secretary general of Thailand`s anti-corruption watchdog the National Anti-Corruption Commission told AFP that his staff were "seeking more information" from UK and US authorities before deciding whether to launch their own probe.

He warned that some of the allegations unveiled by British investigators may have occurred too long ago to bring criminal charges, although civil compensation claims could still be made.

The public data released by the British courts does not name implicated individuals.

But millions went to someone dubbed "Intermediary 3" who passed "success fee" money around to Thai Airways staff and government officials.

The corruption claims cover a period when Thailand saw significant economic and aviation sector growth -- and was mostly governed by civilian governments.

Thai Airways has long had a close relationship with the country`s powerful military, police and government elites. Its board routinely contains senior police and military officers.

The current military junta that seized power in 2014 has vowed to root out corruption.

But critics say junta probes have selectively targeted political opponents while top brass have also found themselves accused of graft.