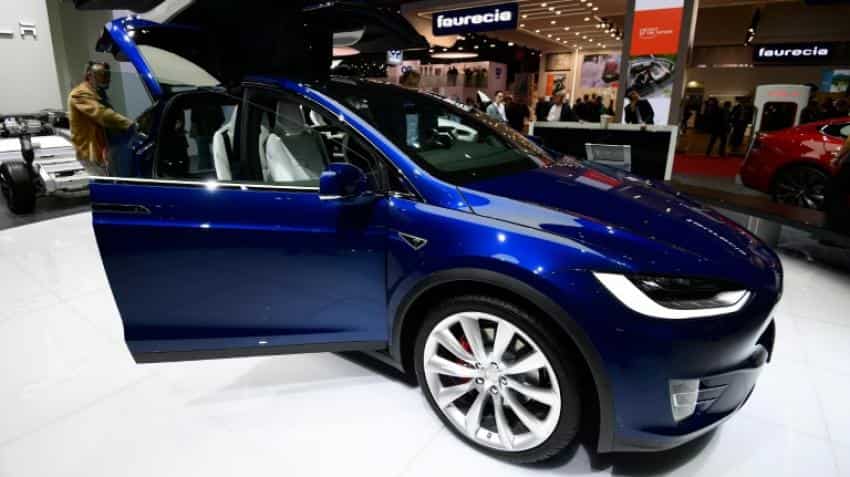 The cars will be running in "shadow" mode to gather data regarding whether it is safer than having people in control. Image Source: AFP

Tesla will build self-driving technology into all the electric cars it makes, running it in "shadow" mode to gather data regarding whether it is safer than having people in control.

"Every car that Tesla produces from here on out will have the full autonomy capability," said Tesla co-founder and chief executive Elon Musk.

A new onboard computer with 40 times the processing power of the previous generation will run a new "neural net" for vision, sonar and radar sensors, he said.

During a conference call with reporters, Musk referred to the hardware as "basically a super-computer in a car," different from auto-pilot technology to date.

It will be up to regulators and the public as to when the self-driving capabilities will actually be put to use on roads, according to Musk.

Meanwhile, the system will run in "shadow mode" to gather data regarding when it might have avoided or caused accidents if it was in command.

Musk hoped that Tesla would one day be able to impress regulators with a statistically significant amount of data showing the autonomous driving technology would avoid crashes and save lives.

"Then we are at a point where we can allow it to take action," Musk said of amassing data showing the system`s merits.

Upgrading existing cars with the autonomous driving hardware was not practical, according to Tesla.

"It would be like giving someone a spinal cord transplant; not advisable," Musk said on the call.