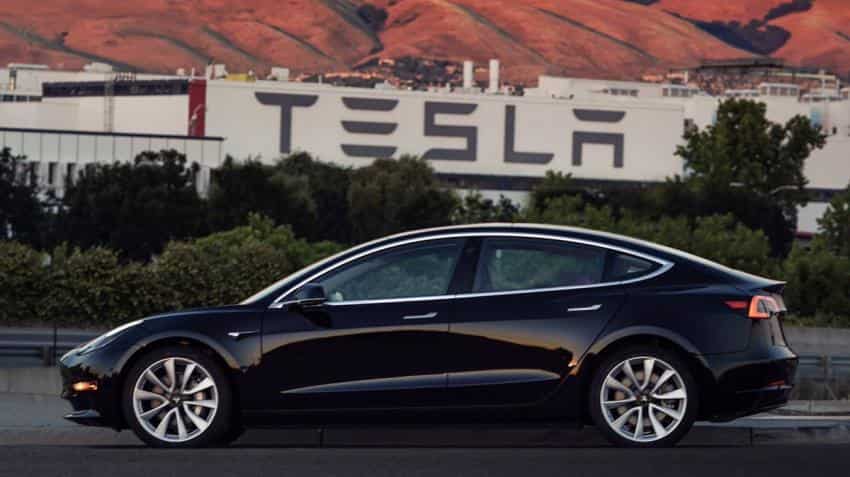 CEO Elon Musk late yesterday tweeted pictures of the car, which will cost $35,000 and can travel 215 miles on a single electric charge. A $7,500 federal tax credit for electric vehicles would lower the cost to $27,500.

The new model comes after a bad week for Tesla's stock price.

Shares fell roughly 14 per cent after Musk tweeted that deliveries of the company's other two models -- the Model S sedan and Model X SUV -- were at the low-end of the company's projections in the first half of this year.

Musk earlier had said Tesla would make 10,000 Model 3s per week by December.

Musk also has said the Palo Alto, California-based company will hold a party to hand over the first 30 Model 3s to customers on July 28.

Tesla expects to produce 100 cars in August and more than 1,500 in September, Musk tweeted earlier.

Tesla said in a statement that second-quarter production was hampered by a severe shortfall of battery packs.

Production averaged 40 per cent less than demand until early June, the company said.