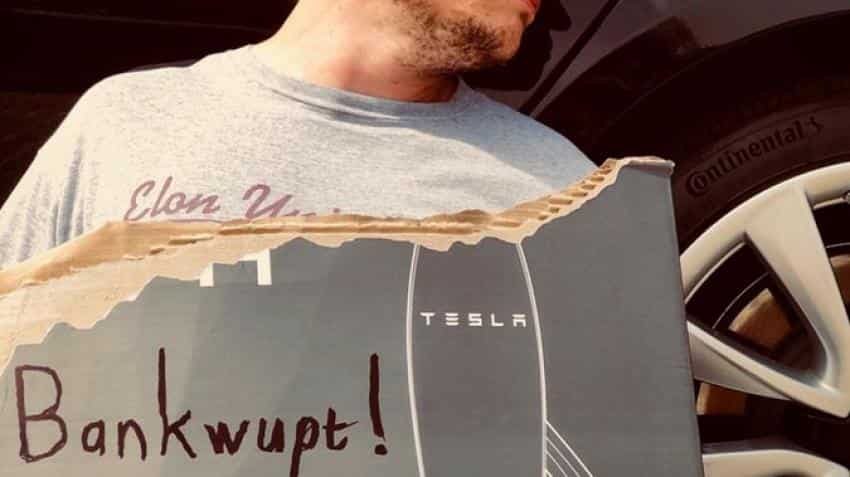 Elon Musk posted his photo with the tweets in which he was seen sitting with a "bankrupt" placard in his hand. Image source: Twitter
Written By: IANS
RELATED NEWS

"There are many chapters of bankruptcy and, as critics so rightly pointed out, Tesla has them *all*, including Chapter 14 and a half (the worst one)," he added in the second tweet. These tweets came three hours after he announced "Important news in a few hours..." on Twitter.

Musk also posted his photo with the tweets in which he was seen sitting with a "bankrupt" placard in his hand.

"Elon was found passed out against a Tesla Model 3, surrounded by `Teslaquilla` bottles, the tracks of dried tears still visible on his cheeks. This is not a forward-looking statement, because, obviously, what`s the point? Happy New Month!" the followup tweet said.

Tesla`s stock price plunged more than 25 per cent over the past month.

Investors are worried about the startup`s ability to deliver on its first mass-market car, the Model 3, which has been plagued by manufacturing woes.