Technical Check: Bajaj Electricals doubles wealth in 2021; accumulate for a target of 1500 in 2-3 months

Bajaj Electricals Ltd, which has already doubled wealth so far in the year compared to over 32 per cent upside seen in the Nifty50, is all set to climb Rs 1500 levels in the next 2-3 months based on technical parameters. 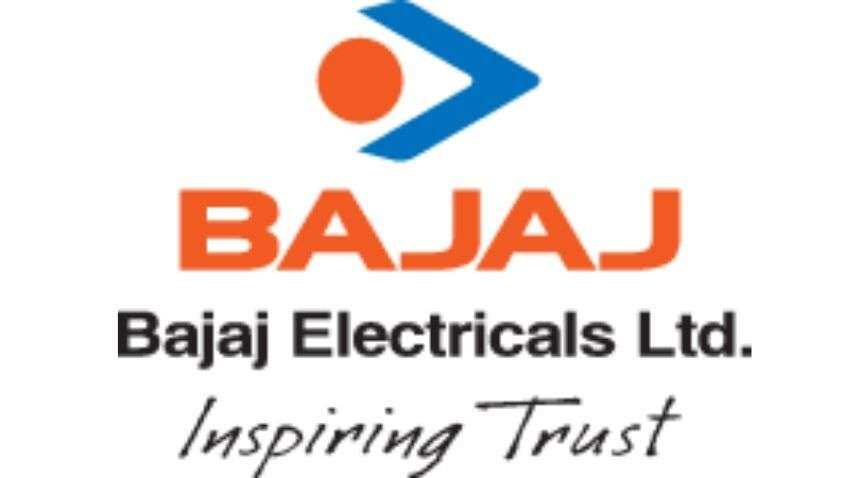 Bajaj Electricals doubles wealth in 2021; accumulate for a target of 1500 in 2-3 months. Source: bajajelectricals.com

Bajaj Electricals Ltd, which has already doubled wealth so far in the year compared to over 32 per cent upside seen in the Nifty50, is all set to climb Rs 1500 levels in the next 2-3 months based on technical parameters, suggest experts.

Bajaj Electricals, which has a market capitalization of nearly Rs 15000 cr, hit a 52-week high of Rs 1588 on 17 September that was followed by a steep correction of about 30 percent in a month.

The stock took support near Rs 1200 levels in October and has now started to inch higher. It is trading above its 20 and 50-Days Moving Average, and the Relative Strength Index is in its mid-range and inching higher. 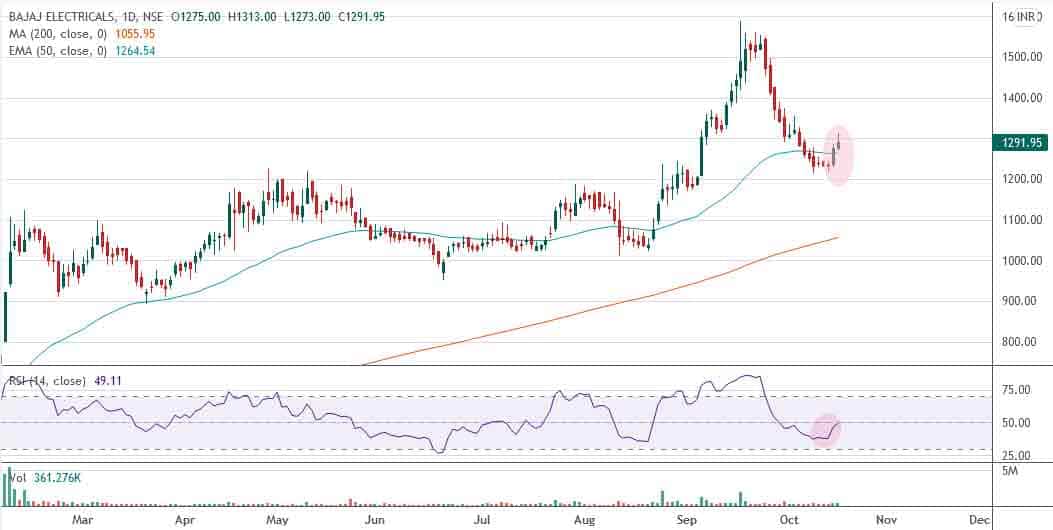 Bajaj Electricals, which took support near Rs 1200 on October 8, has now started to move higher. Technical data suggests that the momentum could well take the stock towards 1500 levels that translates into an upside of 16 percent from 18 October closing price of Rs 1291 in the next 2-3 months.

Shares of Bajaj Electricals rallied quite well in mid-August 2021 to attain the peak of 1588 from around 1000 levels gaining almost 60 per cent and thereafter witnessed a decent correction to bottom out now near 1215 zone.

“Currently, with positive bullish candles has indicated a trend reversal to move past the significant 50-EMA level of 1264 to improve the bias and make the chart look very attractive, technically, forming a hockey stick like pattern in the daily chart,” Vaishali Parekh, Vice President - Technical Research at Prabhudas Lilladher Pvt. Ltd, said.

“The RSI also has indicated a trend reversal from the oversold zone to signal a buy and has strength and potential to carry on the momentum still further upward in the coming days,” she said.

Parekh further added that the setup looks fantastic for this midcap stock and we anticipate a decent return for an investment made at this point for a time frame of say 2-3 months.

“We suggest investors to buy and accumulate the stock for an upside target of 1470-1500, keeping the stop loss of 1220 and achieve a decent return from this investment pick,” she added.