Tata Motors Thursday said in case of a "no deal Brexit" JLR will have two to three weeks of plants  shutdown  in the UK, while its British arm's profitability will be adversely impacted in the long term. 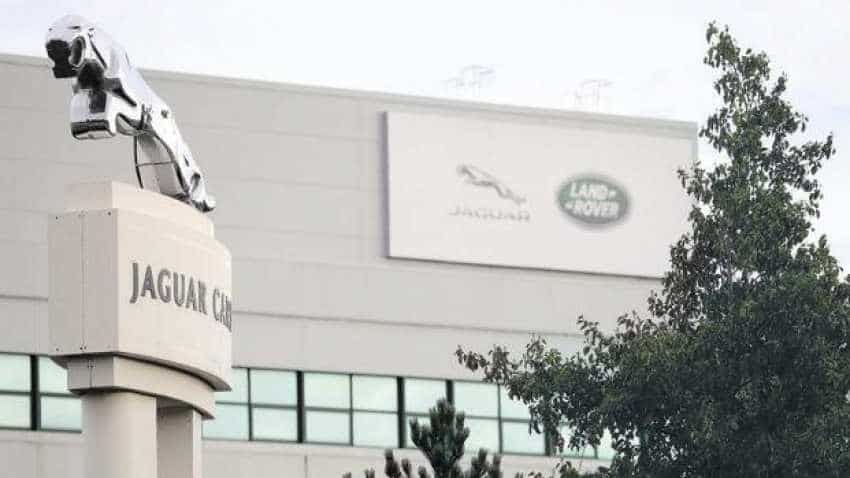 Tata Motors Thursday said in case of a "no deal Brexit" JLR will have two to three weeks of plants shutdown in the UK. Image source: Reuters

Tata Motors Thursday said in case of a "no deal Brexit" JLR will have two to three weeks of plants shutdown in the UK, while its British arm's profitability will be adversely impacted in the long term.

As part of its preparations for a 'no deal Brexit', JLR said in an investor presentation that in the long term the company will have to reassess its manufacturing and sourcing strategy to overcome hurdles.

In the short term, Tata Motors said delays at ports could disrupt import of components into the UK for manufacturing as well as export of finished vehicles.

In order to overcome such a scenario, JLR have "factory downtime" under which it will pull forward five scheduled Easter Holiday beginning April 15 with an additional five days of additional plant downtime from April 8-12.

The company further said it plans to have sufficient buffer stock to minimise potential disruption due to plant shutdown expected in the first week of April.

JLR has also put in place a comprehensive cross-functional Brexit governance programme to minimise impact of a 'no deal' Brexit, wherever possible, the presentation said.

Commenting on the move, Tata Motors Group CFO PB Balaji said, "We also need to prepare for a scenario where there could be disruptions. So, we are preparing ourselves by first accelerating or moving ahead some of the Easter breaks and the way we schedule production, so that we are able to keep our factories running as much as possible".

Stating that it is not physically possible to stock up raw materials and keep production going, he said, "Therefore we are going to have a shutdown from the end of first week of April. We will have two and half to three weeks of production shutdown".

When asked if there would be more job cuts in JLR in addition to reduction in its global workforce by 4,500 people announced in January, Balaji replied in the negative.

"At this point in time what we announced is what stays," he said.

To overcome such a scenario, the company said it will attempt to pass on pricing for tariffs "but it is uncertain to what extent this will be possible".

JLR would also need to reassess its manufacturing and sourcing strategy, it added.

Balaji, however, said the company believed that there would be a "negotiated settlement sooner than later".

"Therefore as per UK market is concerned our plans remain unchanged and as far as manufacturing footprint in UK is concerned there is absolutely no change in our plans at this point in time," he added.

Hoping for a negotiated settlement with the EU, he said it would be in everybody's interest.

"We want free borders and frictionless trade that is something we have been consistent about and we continue to expect that as our base case," he said.

In case of a no deal Brexit, Britain, which voted to leave the EU will leave the European Union immediately on March 29 with no agreements in place about what their relationship would be like in future.