With the aim to reduce the number of managerial levels to 5 from the earlier 14, Tata Motors undertook a review during the last financial year and identified the possibilities for restructuring. 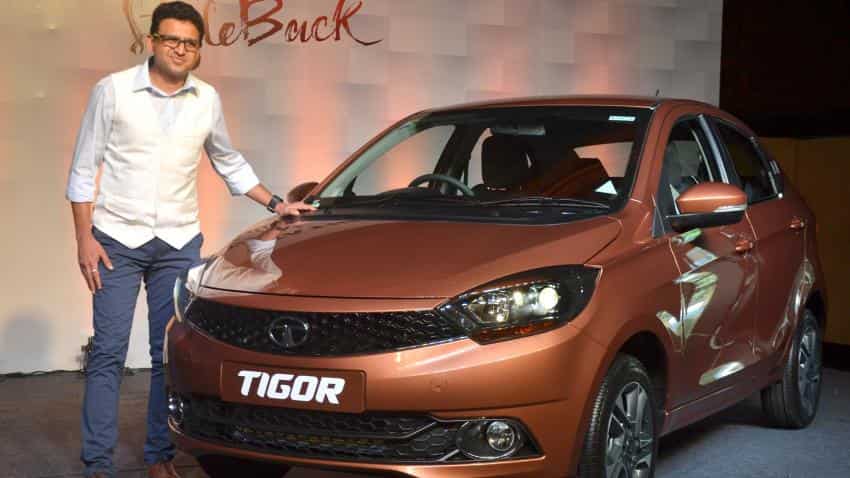 Vivek Srivatsa of Tata Motors at the launch of "Tigor" in Bengaluru on April 3, 2017. Photo: IANS
Written By: PTI
RELATED NEWS

Tata Motors on Tuesday said it has reduced its managerial workforce by up to 1,500 people domestically as part of an organisational restructuring exercise.

"The reference (total managers) on which we started (the exercise) was in the vicinity of 13,000...We do see as far as the white collar population is concerned, an overall reduction in the vicinity of 10-12 per cent (up to 1,500)," managing director and chief executive Guenter Butschek told reporters here.

He was speaking after announcing the company's earnings for the fiscal 2016-17.

ALSO READ: Job Cuts: Prepare for the worst with an Emergency Fund

The company joins a growing number of organisations adopting such strategies for a variety of reasons, ranging from cutting the flab to automation. These job cuts, which have led to concerns on 'jobless economic growth' in various quarters, have been across multiple sectors, including capital goods, banking & finance, and information technology.

Engineering, procurement and construction major Larsen and Toubro had announced shedding of 14,000 jobs in the first half of FY17, HDFC Bank has also reduced its workforce by over 10,000 in the second half of FY17 alone.

In the IT segment, the country's largest private sector employer, some estimates have pegged the job losses at over 50,000.

The Tata Motors management, however, said blue collar or worker jobs have not been impacted as part of the exercise.

With the aim to reduce the number of managerial levels to 5 from the earlier 14, the top automaker undertook a review during the last financial year and identified the possibilities for restructuring.

"We underwent a very detailed exercise in terms of the roles, the requirements and the fitment of the roles etc. It was a very comprehensive exercise which we rolled out over a 6-9 month period which also factored in performance and leadership qualities," the company's group chief financial officer, C Ramakrishnan, told PTI.

ALSO READ: IT jobs hit maximum as hiring falls by 24% in April

Terming it as a "holistic fundamental review", he said the programme has been completed now and the company will be coming out with a new structure soon.

Officials said the exercise was carried out with a view to get ownership and accountability within the organisation and not to cut costs.

While some of the affected employees were given voluntary retirement option, some were transfered to a services arm -- Global Delivery Centre, the officials said.

However, they did not quantify the number of people moved to the services arm which is based out of Pune.