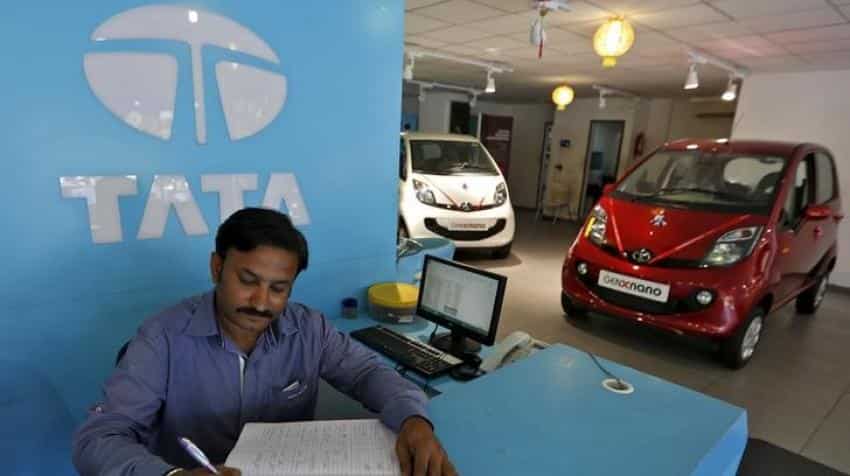 An employee writes on a register inside the Tata Motors car showroom in Ahmedabad. Image Source: Reuters

The aim is to put Tata Motors among the top three car brands in India by the end of March 2019, Guenter Butschek told reporters, up from fifth in its last fiscal year.

The automaker is rationalising the number of suppliers and will eliminate those that do not meet its standards on quality, cost and timely delivery, Butschek said in New Delhi.

Tata Motors is making changes within the company as well by increasing accountability among employees, focusing on timely execution of decisions and encouraging more team work and communication.

"We have a very robust plan on how we take the company into the future," said Butschek, a former Airbus Group executive brought in by Tata Motors in January to plug falling sales in India.

Profits at Tata Motors have for years been propped up by its British luxury unit Jaguar Land Rover (JLR) while its domestic operations suffered because of a slowing economy, that hit demand for its trucks, and as customers preferred other car brands.

Truck sales are slowly recovering as the economy revives, and Tata Motors' Indian business turned a profit in the last fiscal year, which ended on March 31. Butschek does not oversee JLR's operations.

Tata Motors' passenger vehicle sales fell 8% in an Indian market that grew 7% in the fiscal year to end-March, and is dominated by companies such as Maruti Suzuki India and Hyundai Motor Co.

It recovered during the first four months of the current fiscal year with sales in India rising 5% but still lags the 9% overall growth in passenger vehicle sales, industry data showed.

Not having a robust supplier base has cost the company in terms of production losses when parts did not reach factories on time or did not arrive at all, Butschek said.

Tata Motors has 1,300 suppliers and this number will reduce significantly but Butschek did not say by how many.

To bolster its future product portfolio, the company has completed a study of its passenger vehicles business and will consider phasing out models that are not performing well, Butschek said, without revealing which ones would go.

Sales of Tata's Nano small car, pitched as India's cheapest car at its 2008 launch, have been falling for years despite several tweaks to the car and its brand position. Between April and June, Nano's sales more than halved to 3,138 units compared with the same period a year ago.

Butschek said he will launch products with new technologies and a focus on safety, low emissions and fuel economy.

The company will also reduce the number of platforms - the architecture on which it builds cars - and follow a modular approach where it can build several vehicles on the same platform using more common parts to achieve economies of scale.