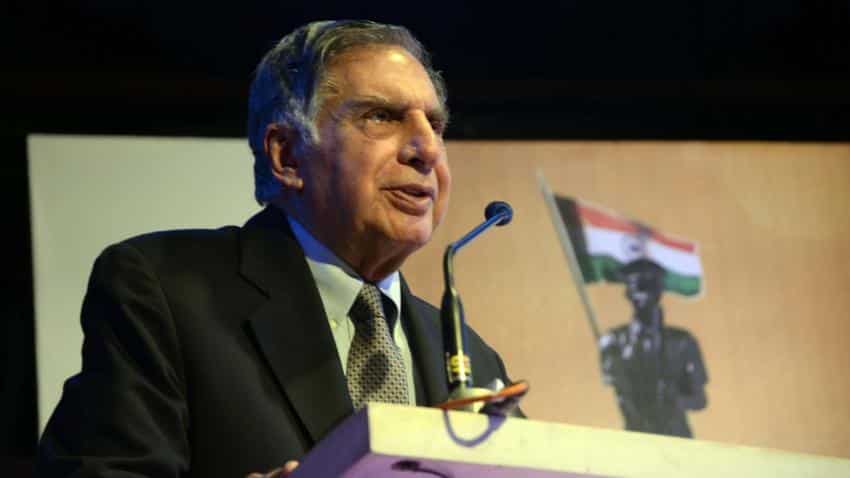 The US-based company had earlier raised $13.4 million in a series A funding in November 2015. Photo of Ratan Tata. Image Source: IANS

The size of the funding was however not disclosed.

The company, which is a leading player in the Indian wearables market, is backed by angel investors like Shriram Nene and his wife and Bollywood actress Madhuri Dixit Nene and Neeraj Arora (WhatsApp).

It offers a fitness tracker band coupled with a personal coach.

The US-based company had earlier raised $ 13.4 million in a series A funding in November 2015.

"With the recent developments and tie-ups on the platform, the investment from Tata is a testimony to us being a defining player of services in our category making long-term impact in people's life," GOQii CEO and founder Vishal Gondal said.

Tata, Chairman emeritus of Tata Sons, has invested in a number of Indian and global startups in his personal capacity as well as through RNT Associates, a platform for several Ratan Tata's initiatives and companies.

According to the recent IDC report on the Indian wearable market, GOQii led the market with 16.1 per cent share in the April-June quarter of this year.

The company has recently launched a new fitness band and integrating doctors and health services as part of its plans to establishing itself as a preventive healthcare company.

It had partnered Max Healthcare as its hospital and medical partner and Thyrocare as the diagnostic partner to help its users book diagnostic appointments and consultations.