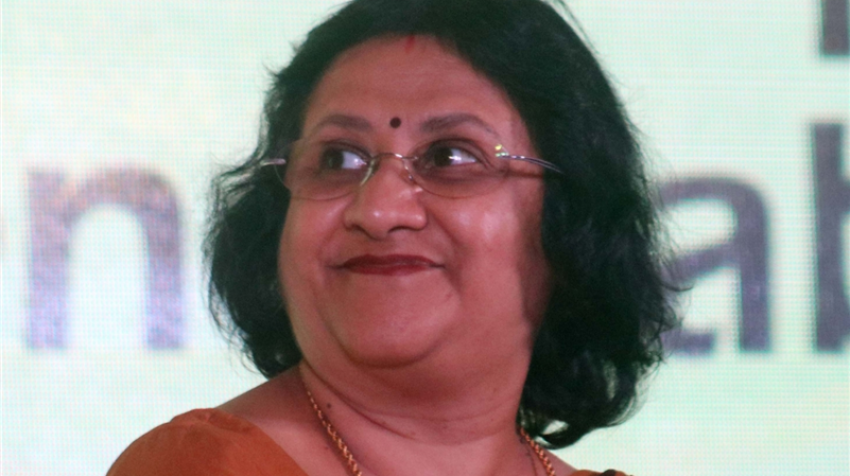 SBI, one of the world's 50 largest banks, pays only a small fraction to its top management as compared to private sector players like ICICI Bank and HDFC Bank.

SBI Chairman Arundhati Bhattacharya took home Rs 28.96 lakh last fiscal, which is pittance when compared to remuneration of her counterparts in private banks receive, according to analysis of annual reports of various banks.

In comparison, ICICI Bank MD and CEO Chanda Kochhar received a basic salary of Rs 2.66 crore last fiscal besides Rs 2.2 crore performance bonus to be paid over the next few years. In addition, she received allowances and perquisites of over Rs 2.43 crore.

The total compensation received by Kochhar in FY17 stood at Rs 6.09 crore.

Similarly, Shikha Sharma, MD and CEO of Axis Bank, took home a basic salary of Rs 2.7 crore, and Rs 1.35 crore as variable pay, besides host of perks and allowances like Rs 90 lakh HRA.

Speaking about public sector banks at a banking conference in Mumbai, Rajan had said state-owned banks tended to overpay at the bottom but underpay their top executives.

He jokingly said he himself was underpaid and the disparity made it harder to attract talent from outside at the top level in public sector banks.

On the business front, SBI, after merger with its subsidiary banks, caters to 42.04 crore customers with a market share of 23.07 per cent and 21.16 per cent in deposits and advances, as opposed to 18.05 per cent and 17.02 per cent respectively, before the merger.

Punjab National Bank, the nearest rival of SBI among PSBs post merger, will have a market share of 5.96 per cent, and 7.04 per cent in deposits and advances.

Not only such high disparity in compensation makes it difficult for the government to hire top managers laterally at public sector banks, as pointed out by Rajan, it also impacts the motivation of public sector managers who have to fiercely compete with their private sector peers.