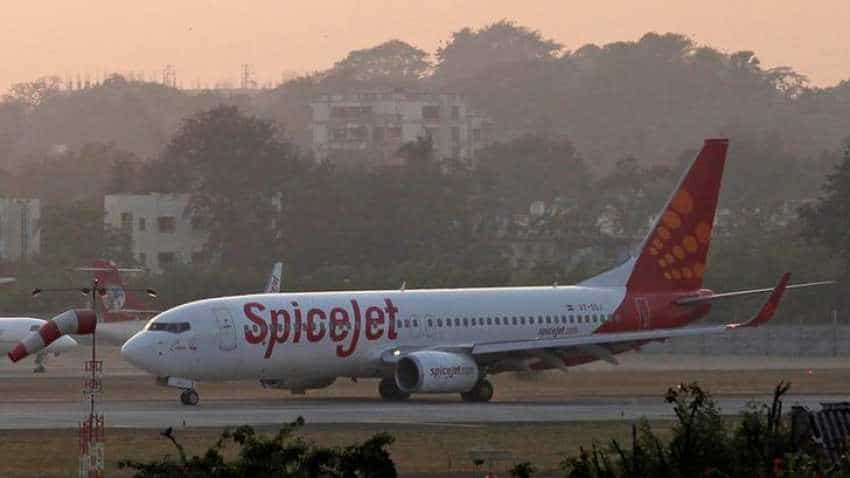 Budget carrier SpiceJet announced Thursday that it would start eight new direct flights from March 1 to connect metro cities with non-metro ones in the country. Image source: Reuters

Moreover, "enhanced frequencies on the Kochi-Chennai (third frequency) and the Vijayawada-Bengaluru (fourth frequency) routes" would also begin from March 1," according to the airline.

SpiceJet said an "introductory promotional fare" starting at Rs 3,334 on Kochi-Tirupati and Rs 3,342 on the Tirupati-Kochi routes would be given.

It also said that a "promotional fare" starting at Rs 2,556 on the Vijayawada-Tirupati and Rs 2,608 on the Tirupati-Vijayawada routes would be given.

"The new flights will strengthen SpiceJet's network in the southern region and reiterates its focus on augmenting connectivity between metro and non-metro cities," said SpiceJet.

The new flights that were announced Thursday will operate on all days, except Tuesdays. SpiceJet will deploy its Bombardier Q400 aircraft on all these routes.

"We believe there is tremendous potential in these regions and hence better connectivity will facilitate trade and industry development, besides providing enhanced travel options and convenience," the airline said.

IndiGo receives its first A321 Freighter aircraft for cargo service

Nykaa board to meet on October 3 to consider bonus share