As per an official statement, the airline`s operating revenues were Rs 3,002.1 crore during the April-June quarter this financial year as against Rs 2,220.4 crore for the corresponding quarter last year. 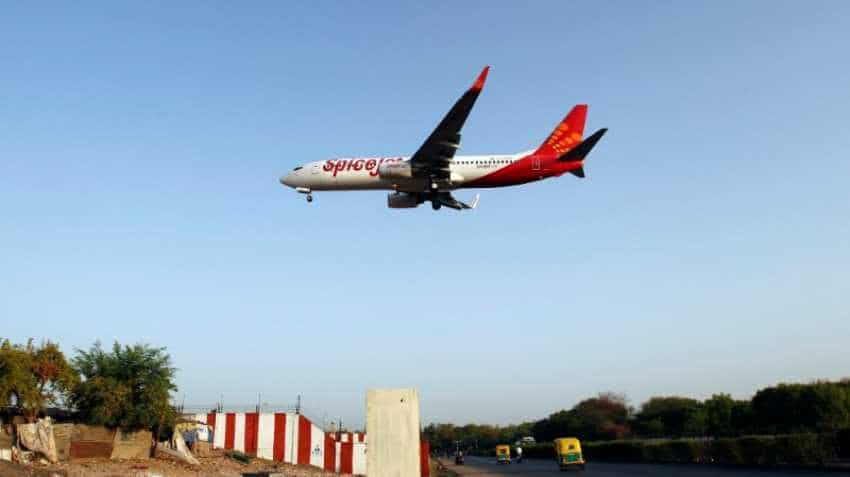 During the three-month period, the airline added 32 aircraft, taking its fleet size to 107 as on June 30, 2019. Image source: Reuters
Written By: IANS
RELATED NEWS

Benefiting from Jet Airways collapse in April, low-cost carrier SpiceJet posted a record profit of Rs 261.7 crore in the quarter ending June, 2019 as against a net loss of Rs 38.1 crore in the corresponding period last year. The airline reported total revenue of Rs 3,145.3 crore during April-June period as against Rs 2,253.3 crore in the same period in FY19, registering a growth of 39.5 per cent.

"SpiceJet has been on a spectacular growth journey and this quarter, in particular, has been very special for us. We added 32 aircraft to our fleet, expanding at a pace unprecedented for a sector plagued by crisis showcasing our robust business model and proven operational capabilities," airline Chairman and Managing Director Ajay Singh said.

As per an official statement, the airline`s operating revenues were Rs 3,002.1 crore during the April-June quarter this financial year as against Rs 2,220.4 crore for the corresponding quarter last year.

Effective April 1, the airline adopted the new accounting standard IND AS 116 which effectively capitalises operating leases, and as a result, the lease rentals are now reflected as interest and depreciation for the quarter ending June 2019.