Two of the models were made for rival Nissan, which first uncovered problems with the fuel economy data. 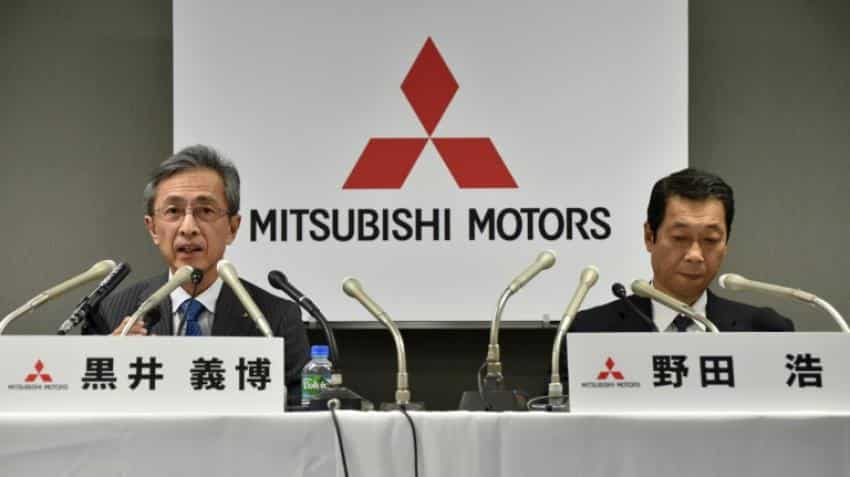 Mitsubishi stopped selling the cars voluntarily in the wake of the scandal. Photo: AFP
Written By: AFP
RELATED NEWS

Mitsubishi Motors on Wednesday warned it is on track to lose 145 billion yen ($1.4 billion) this fiscal year in the wake of a mileage-cheating scandal that slammed the brakes on sales.

The expected shortfall would reverse a year-earlier profit and mark the automaker`s first annual loss in eight years as it grapples with the embarrassing scandal.

It is also more than double what analysts had expected, as Mitsubishi faces big compensation costs.

The announcement comes about two months after the company admitted it had been falsifying mileage tests for years, manipulating data to make cars seem more efficient than they were.

On Tuesday, Mitsubishi said it would resume selling four car models at the centre of the scandal -- all minicars sold in Japan. They were on average 11 percent less efficient than they claimed, the transport ministry said.

Mitsubishi stopped selling the cars voluntarily in the wake of the scandal.

Two of the models were made for rival Nissan, which first uncovered problems with the fuel economy data.

Among the compensation costs, Mitsubishi is on the hook to pay about 100 billion yen to Nissan and other suppliers, and about 50 billion yen in payments to customers who bought the affected cars.

Nissan last month threw a lifeline to Mitsubishi as it announced plans to buy a one-third stake in the crisis-hit automaker for $2.2 billion, forging an alliance that will challenge some of the world`s biggest auto groups.