SC vacates stay on sale of assets of Reliance Communications

RCom owes the Indian lenders a total of Rs 42,000 crore and its consolidated assets include Reliance Communications, Reliance Infratel and Reliance Telecom. The sale was initiated through a bidding of RCom consolidated's assets and Reliance Jio had agreed to buy spectrum, cell towers and other infrastructure, including 1.78 lakh km of fibre optics line for Rs 17,300 crore. 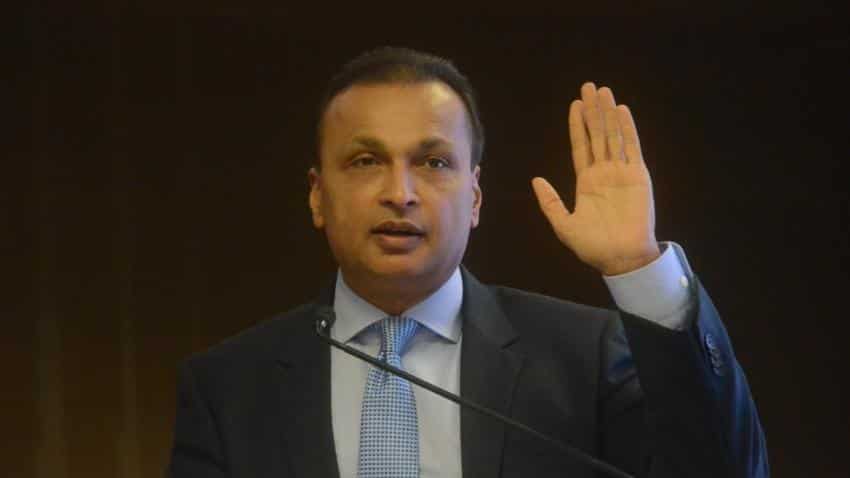 The Supreme Court today vacated a Bombay High Court order which had stayed the sale of assets of Anil Ambani-led telecom firm Reliance Communications (RCom). The Bombay High Court had on March 8 dismissed RCom's appeal against the order of a tribunal, which had restrained the sale of assets of the firm. The apex court also dealt with the separate pleas filed by Reliance Infratel Ltd, a subsidiary of RCom, and State Bank of India (SBI) against an order passed by National Company Law Tribunal (NCLT) staying the sale of tower asset to Reliance Jio Infocomm Ltd.

A bench comprising Justices A K Goel and R F Nariman asked the parties to approach the National Company Law Appellate Tribunal (NCLAT) in the matter in accordance with law. RCom had moved the apex court against the high court order barring it from selling its assets without prior approval.

SBI had also moved the top court challenging the tribunal's order, which was later upheld by the high court, allowing Swedish telecom equipment maker Ericsson to stake a claim on RCom's consolidated assets.
The apex court had on March 22 directed maintenance of status quo on the sale of assets of RCom to Reliance Jio.

During the hearing today, Additional Solicitor General Tushar Mehta, appearing for joint lenders forum led by the SBI, said there was a need to decide the matter soon since the value of properties was "depleting fast". However, the bench asked Mehta why they had not joined the proceedings earlier in the high court.
Senior advocate Mukul Rohatgi, appearing for RCom, said that Ericsson, which had first approached the tribunal that had restrained the sale of assets, was an unsecured creditor.

RCom had earlier said that the claims of secured financial lenders stood higher on priority compared to Ericsson and the sale of assets was being undertaken in pursuance of the decisions of the secured financial lenders. Ericsson had then argued in the apex court that if the stay order was vacated, the company would remain remedy-less and may not get its dues back. SBI had said it had total dues worth Rs 4,027 crore against RCom Consolidated and also asserted that unsecured creditor cannot make claims over secured creditors.

Apart from SBI, 24 other Indian lenders constitute the joint lenders fora, which includes Bank of Baroda, Bank of India, Canara Bank, Central Bank of India, UCO Bank, LIC and others. RCom owes the Indian lenders a total of Rs 42,000 crore and its consolidated assets include Reliance Communications, Reliance Infratel and Reliance Telecom.

The sale was initiated through a bidding of RCom consolidated's assets and Reliance Jio had agreed to buy spectrum, cell towers and other infrastructure, including 1.78 lakh km of fibre optics line for Rs 17,300 crore.

RCom assets' sale to Reliance Jio was likely to be completed by March 31.
However, Ericsson had moved the arbitral tribunal seeking to restrain the sale of RCom Consolidated's assets on the ground that it had a claim of Rs 1,150 crore on the telecom firm and would suffer an irretrievable injury.

On March 5, the tribunal gave an order in favour of Ericsson and restrained the sale of RCom assets. On March 8, the high court dismissed RCom's appeal against the tribunal order.