State Bank of India (SBI) has reported Rs 2,815 crore rise in its standalone net profit for the fourth quarter (Q4) as compared to Rs 1,263.81 crore in the same period of previous fiscal. 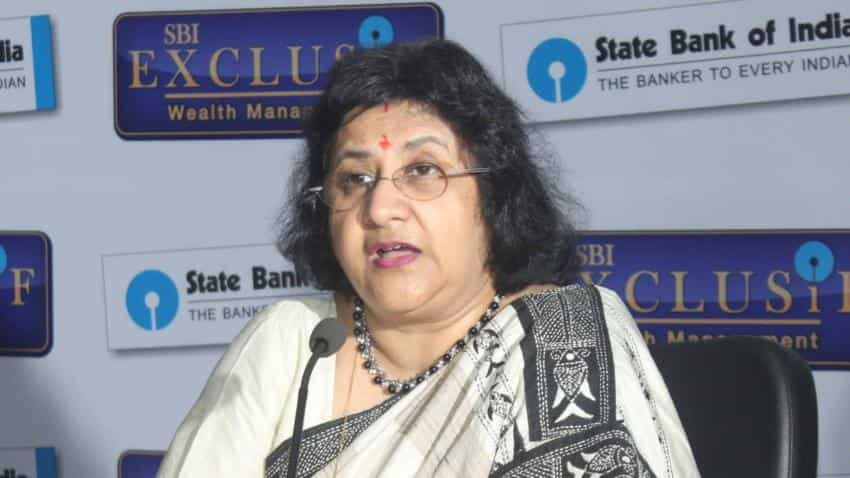 "This was a seven-way merger and the first time in the history of the world," SBI chairman Arundhati Bhattacharya told reporters on Friday. Image Source: IANS
Written By: PTI
RELATED NEWS

State Bank of India (SBI), the country's largest lender, on Friday reported more than doubling of its fourth quarter (Q4) net profit on the back of increased lending and reduction in provisioning for bad loans.

Operating profit of the bank during the quarter increased 13% at Rs 16,026 crore as against Rs 14,192 crore in the same period of previous year.

SBI chairman Arundhati Bhattacharya said 'loan loss provisions' were lowered to Rs 10,993 crore during the fourth quarter of last fiscal as against Rs 12,139 crore in the year-ago period.

She said that this was its last solo financial result as all the associate banks and Bharatiya Mahila Bank (BMB) had been merged with it.

Commenting upon the quarter, she said it had been difficult but satisfying quarter and the biggest thing which had happened was the merger.

"This was a seven-way merger and the first time in the history of the world," Bhattacharya told reporters on Friday.

Bhattacharya said SBI had done well on a solo basis and the bank had decided to absorb the maximum pain arising out of the merger as a result of which the current quarter would be stressful.

ALSO READ: SBI changes service charges on various transactions; find out what they are

"In the near-term, margins will be under pressure due to elevated credit cost due to the merger. At the same time the deposits of the associate banks will be re-priced which will have a positive impact," she said.

Owing to this two-way pressure, the outlook of the margins is stable, she said.

Retail constituted 22% of the loan amount contributed by auto and home loans.

Bhattacharya said that the provision coverage ratio (PCR) had been increased from 60.69% to 65.69% to take care of the resolutions which would surface as a result of the merger. The impact on profit would not be much.

The slippages were slowing down, she said adding that the telecom sector was now a cause for concern.

Regarding the subsidiaries, she said that SBI Life IPO would come this fiscal, while its stake in SBI Cards would be raised.