SBI pushes merger of 5 associate banks, BMB to next fiscal 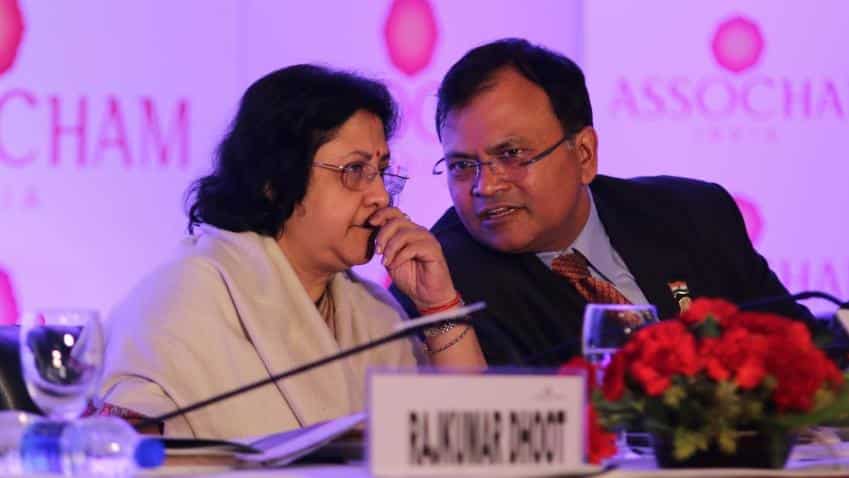 SBI chief said that the merger process could be delayed by a quarter or two. Image Source: IANS
Written By: PTI
RELATED NEWS

State Bank chairperson Arundhati Bhattacharya today hinted that the mega merger of its five associate banks and Bharatiya Mahila Bank (BMB) could be pushed to the next financial year as it is still awaiting the government notification on the move.

"Probably, by a quarter or so (the merger could be delayed). The reason is we still have to get the government approval and even if we get it now, doing things like merger in the last quarter is never a very wise thing because there would be lot of IT system changes," she told reporters when asked whether the merger could be delayed due to the disruptions caused by the demonetisation drive.

The merger would make SBI a global-sized bank and would be amongst the top 50 lenders in the world, with an asset base of Rs 37 trillion or over $ 555 billion, with 22,500 branches and over 58,000 ATMs and more than 50 crore customers.

Bhattacharya said normally the banks close down all the IT system changes by mid-February. "Sometimes IT system can impact something else quite unknowingly. So we don't want to take any risks at the annual closing time. So we may want to do the annual closing and then look at it," she added.

Whether the government has hinted at any revised time line for the approval, the chairperson said "no yet. Let me get the government approval only then we will know."

When specifically asked what sort of government approval is pending, the chairperson said the government has "to notify the merger scheme."

It can be noted that the bank had announced the merger in May and its central board of directors had in August approved the process along with the share swap ratio for three of the listed associate banks and Bharatiya Mahila Bank.

At that time it was announced that the merger would be completed by end March 2017.

"The (merger) process will start by October-end. The grievance committee will come to us hopefully by September end, after that we have to send it to RBI and then to the government, which may probably take a little time of about month; and then it will come to us. After that we will have to make an offer to employees and then give them four weeks time and then the merger can take place," Bhattacharya had told PTI in an interview in September.

Similarly, SBM and SBT shareholders would get 22 shares of SBI for every 10 shares.

The lender had put in place a grievance redressal mechanism to provide an opportunity to its shareholders to file their objections with regard to the share swap ratios. It had given 21 calendar days of time for shareholders to register their complaints.

The grievance committee was headed by a High Court judge and two chartered accountants.

Bhattacharya said post the merger of five associate banks and Bharatiya Mahila Bank, the government's stake in the bank would stand at around 59 per cent.

SBI has around 16,500 branches, including 191 foreign offices spread across 36 countries. Globally, SBI will come at the 45th position in terms of asset size after the merger.