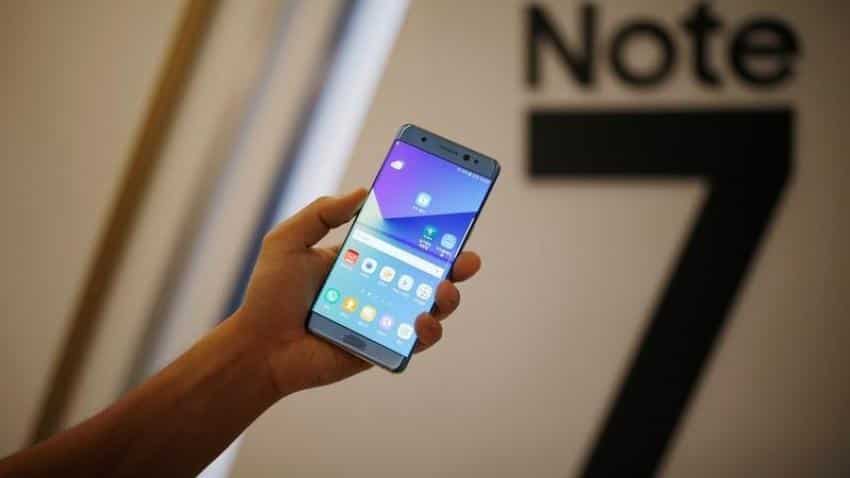 Quality control problems, if confirmed, could deal a major blow to the world`s top smartphone maker, which was counting on the Galaxy Note 7 to defend sales momentum against new Apple Inc phones expected to be unveiled next week.

"Apple is supposed to show off the iPhone 7 next week and this issue (with Samsung) has emerged, so the current state of things do not look good," HDC Asset Management fund manager Park Jung-hoon said.

A decline in Samsung`s smartphone average selling prices and profits appeared inevitable given the current problems with the Galaxy Note 7, he added.

"Samsung will need to respond to this quickly in order to calm market jitters," he said.

Samsung`s shares were down 3 percent at 1.572 million won as of 0150 GMT, compared with a 0.8 percent drop for the broader market.

The South Korean firm did not elaborate on what potential problems it was testing for or whether shipments to other countries were affected. The South Korean mobile carriers affected are SK Telecom Co Ltd, KT Corp and LG Uplus Corp.

Samsung Electronics sister company Samsung SDI Co Ltd said that while it was one of the suppliers of Galaxy Note 7 batteries, it had received no information to suggest that its batteries were faulty.

Production problems for the curved displays for the Galaxy S6 edge phone resulted in disappointing sales last year, and Samsung risks a repeat this year if it cannot address the Galaxy Note 7 problems quickly.

Hyundai Securities said in a report released on Thursday that the Galaxy Note 7`s problems appeared to be related to modules or parts, and that such "malfunctions" should be resolved "within a matter of few weeks."

Samsung has said demand for the new phone is far exceeding demand, creating a shortage and forcing it to push back the launch in some markets. The firm has said it is utilising all possible means to boost production.

Samsung`s other premium smartphone models that launched in March, the Galaxy S7 and S7 edge, have been huge hits and lifted earnings in the first half.