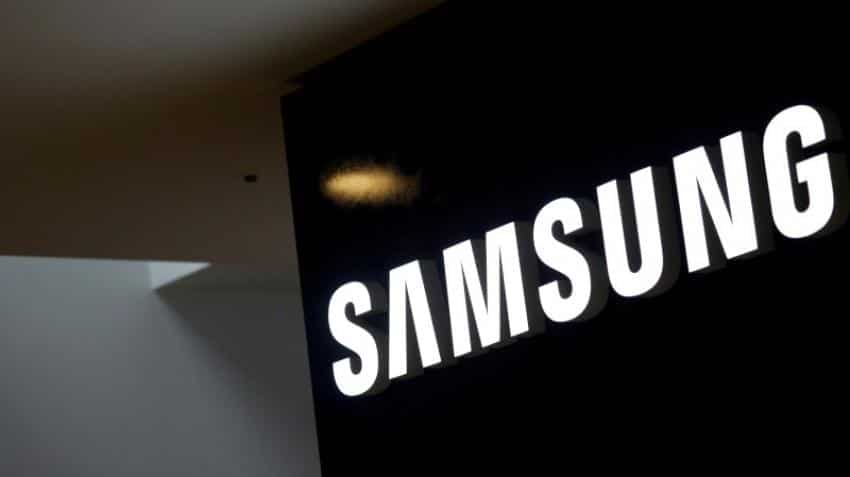 The logo of Samsung Electronics is seen at its office building in Seoul. Photo: Reuters

While the guidance put the South Korean tech giant on course for a record 2017 profit, Samsung shares fell as much as 2 percent amid doubts over the outlook for memory chips and smartphones. The broader market was 0.3 percent higher.

"The currency effect and bonuses appear to be the main reason for missing market forecasts, but smartphone shipments are also likely to be lower than expected," said Song Myung-sup, analyst at HI Investment & Securities.

The strong won and a end-year bonus for staff in the semiconductor business are expected to have dented fourth-quarter profit by about 400 billion won and 400-500 billion won respectively, two analysts said.

Based on the guidance, Samsung`s 2017 operating profit is likely to come in at 53.6 trillion won, compared to the previous year`s 29.2 trillion won.

The Apple Inc smartphone rival did not elaborate on its October-December performance and will disclose detailed results at the end of January.

The last time a Samsung guidance statement disappointed the market was in the wake of the embarrassing withdrawal of its fire-prone Galaxy Note 7 handsets in October 2016.

The continued rise in the price of DRAM chips and demand from data centre servers drove fourth-quarter earnings, offsetting a drop in NAND chip prices and the stronger won, analysts said.

But the outlook for semiconductors in 2018 is mixed, and Samsung shares have fallen 11.4 percent from their all-time high in early November as some investors bet on an end to the memory boom.

NAND flash memory chips, used in things like digital cameras and USB drives, have entered a down-cycle and there is a view among some industry observers that DRAM market conditions also will soften later this year.

Others however expect DRAM supply to remain tight throughout 2018 as Google, Amazon and Facebook expand data centres used for cloud storage and computing.

The outlook for smartphones and other mobile devices, which analysts expect to contribute about 17 percent to Samsung`s fourth-quarter earnings, is also uncertain due to competition from Chinese rivals in markets like Europe and Asia.

South Korean exporters like Samsung will be keeping a close eye on the won in 2018. The currency traded on Monday at its highest in more than three years.

Samsung to unveil its first HDR10+ gaming displays at CES 2022