Salil Parekh (53) has an experience of 25 years in a leading technology service provider, Capgemini, as member of the group executive board. 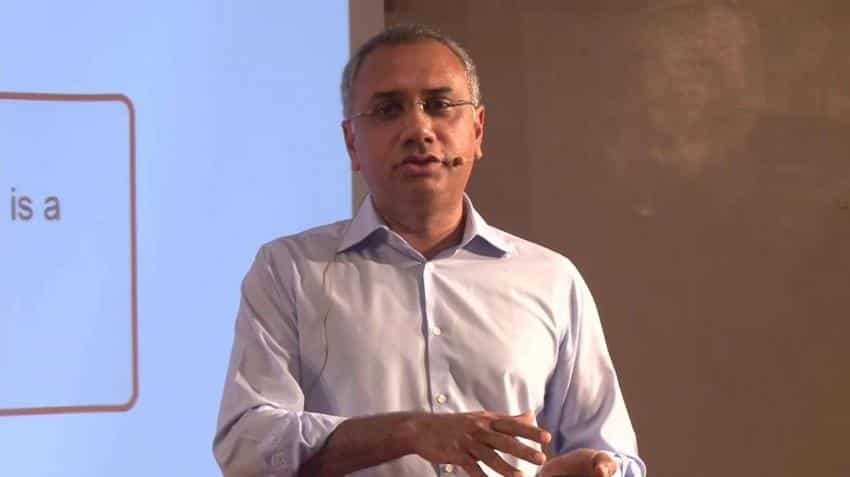 Salil Parekh, who played a vital role in Capgemini, begins his new innings as the new Chief Executive Officer (CEO) and Managing Director (MD) of the IT-giant Infosys from today.

Parekh was chosen to head Infosys by Nandan Nilekani, who took charge as non-executive, non-independent director and chairman of the IT firm, in August last year.

On Parekh's appointment, Nilekani said, “We are delighted to have Salil joining as the CEO & MD of Infosys. He has nearly three decades of global experience in the IT services industry. He has a strong track record of executing business turnarounds and managing very successful acquisitions. The board believes that he is the right person to lead Infosys at this transformative time in our industry.”

After Parekh's entry, Infosys' UB Pravin Rao had to resign as interim CEO and MD. Rao, however, will continue as Chief Operating Officer and a whole-time Director of the company.

The problem of Infosys is not just related to its financial performance, but has been impacted by global factors, along with distress among management and founders.

The company has been struggling to grow even in high single digits as the global IT services market sees a tectonic shift from IT outsourcing to digital, cloud, artificial intelligence and automation. 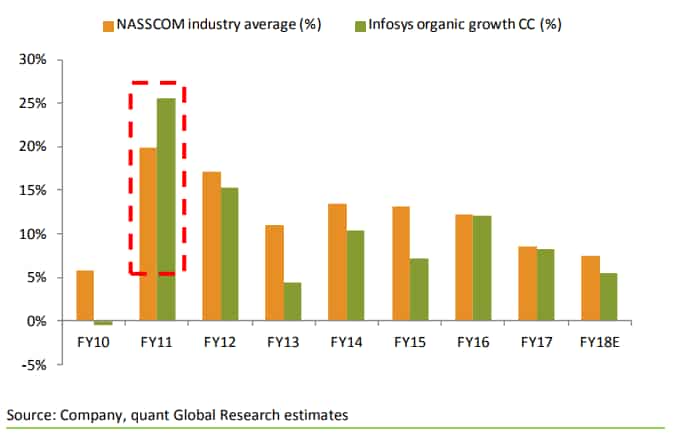 Ashish Chopra and Sagar Lele, Research Analysts at Motilal Oswal, said, "The company has not been under-performing its peers on the front of revenue growth and profitability, but its valuation to peers remained discounted amid the ongoing search for a new leader and concerns around Governance."

Now that Infosys has found its new leader, it can create some magic in the company.

Ankit Pande, analysts at Quant Broking, said, "Parekh’s was a safe, calculated & uncontroversial choice: He well satisfies all the criteria laid down by Infosys – from within the industry, managed large employee base, successfully executed operations and strategy and able to absorb Infosys’ culture."

Quant explained that Parekh's leadership with a European services giant (Capgemini’s European contribution was 61.1% to revenue) could help in furthering Infosys momentum and capturing a larger market share.

The duo at Motilal further said, “We would be remiss to jump to any conclusions on INFO’s future prospects under the new leadership.”

The duo also highlighted, "Parekh has been a Services mainstay and led many small and big business units, this is likely his biggest assignment and in a transformative time for the industry, where nothing is a given."

On the other hand, Quant believes that consulting was where Infosys identified and distinguished itself from competitors, something that Parekh can further its contribution either by way of improving its positioning or by attracting new talent.

Kawaljeet Saluja and Jaykumar Doshi, analysts at Kotak Institutional Equities, earlier said, "One could expect subtle changes in Infosys’ strategy though it is reasonable to assume those would not be major deviations from the current ones."

Kotak expects Parekh to look into three factors which was left by ex-CEO Vishal Sikka.

Infosys CEO Salary: Salil Parekh gets 88% jump in salary to Rs 79.75 crore; becomes one of highest paid executives in India