The court has asked the market regulator SEBI to sell Sahara properties to mobilise the money. 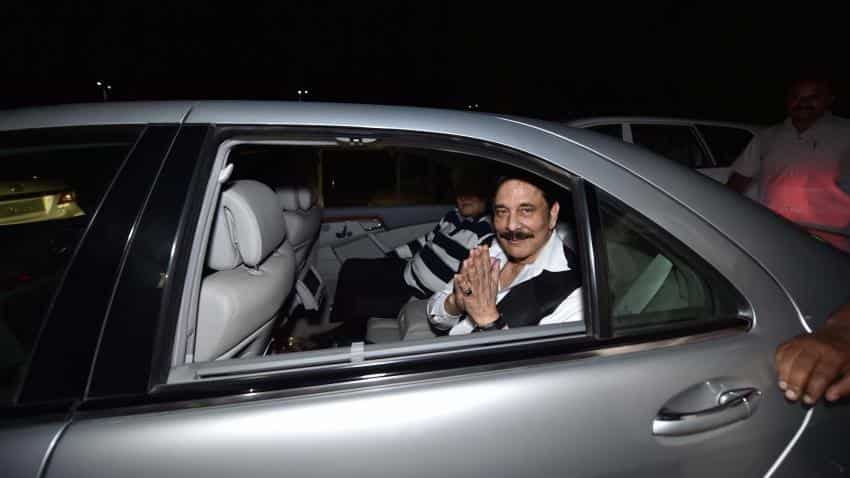 Sahara Group on Thursday informed the Supreme Court that it would deposit Rs 200 crore on Friday as the apex court is likely to hear the matter involving the return of money to three crore investors.

The hearing has been advanced on the request of the Sahara Group after its senior counsel Kapil Sibal made a mention on Thursday before the bench of Justice Anil R. Dave and Justice A.M. Khanwilkar. The hearing was originally scheduled for October 24.

Seeking that the hearing be advanced from October 24 to October 21, Sibal told the court that Rs 200 crore that the Sahara Group was to deposit by October 23 would be deposited on Friday.

The group`s two companies -- SIRECL and SHICL -- had collected the money from investors through Optionally Fully Convertible Debentures (OFCDs) in 2008 and 2009.

"We will be happy to hear it," the bench observed as Sibal, appearing for Sahara Group chief Subrata Roy told the bench, "Rs 200 crore that was to come on Monday, it will come on Friday."

The apex court bench of Chief Justice T.S. Thakur, Justice Anil R. Dave and Justice A.K. Sikri had on September 28 asked the Sahara Group to deposit an amount of Rs 200 crore by October 24, as it extended its interim order releasing Subrata Roy and two other directors on parole.

The court had in the last hearing said that any failure to pay Rs 200 crore before October 24 would result in Roy and two other directors of the Sahara Group going back to jail.

Telling the court that the bench of Chief Justice Thakur, Justice Dave and Justice Sikri may not be sitting on October 24, Sibal requested if the hearing could be advanced to Friday between 1500 to 1600 hours.

Justice Dave said he would convey the request to the Chief Justice.

A seven-judge bench headed by Chief Justice Thakur is hearing a batch of petitions to examine the question whether appeals in the name of religion and caste for garnering votes during election amounted to "corrupt practice" under the Representation of the People Act and could it be the ground for unseating a lawmaker.

The hearing that had commenced on Tuesday (October 18) is likely to continue from October 24 onward, thus the bench of Chief Justice Thakur, Justice Dave and Justice Sikri, which is hearing the Sahara matter, may not be available.

Roy was granted parole on May 6 this year to attend the last rites of his mother who had passed away on May 5. Besides Roy, his son-in-law Ashok Roy Choudhary too was released on parole.

The apex court by its August 31, 2012, order had directed the SIRECL and SHICL to return investors` Rs 17,600 crore with 15 per cent interest that the two Sahara entities had collected through OFCDs.

The amount, according to Securities and Exchange Board of India (SEBI) counsel, now stands at Rs 36,000 crore.

The court has asked the market regulator SEBI to sell Sahara properties to mobilise the money.

At the last hearing, the court sought Sahara`s explanation onthe market regulator`s application that most of the properties given by Sahara for auctioning were attached by the Income Tax authorities and there was no point in going ahead with the second round of their auction.