Everyone has a dream in their life that they want to achieve; while some fall short and become part of a crowd, others deny just don’t give up and continuously keep on working towards their goal. However, Ritwiz Tiwari, the founder of Bizgurukul, has a different story 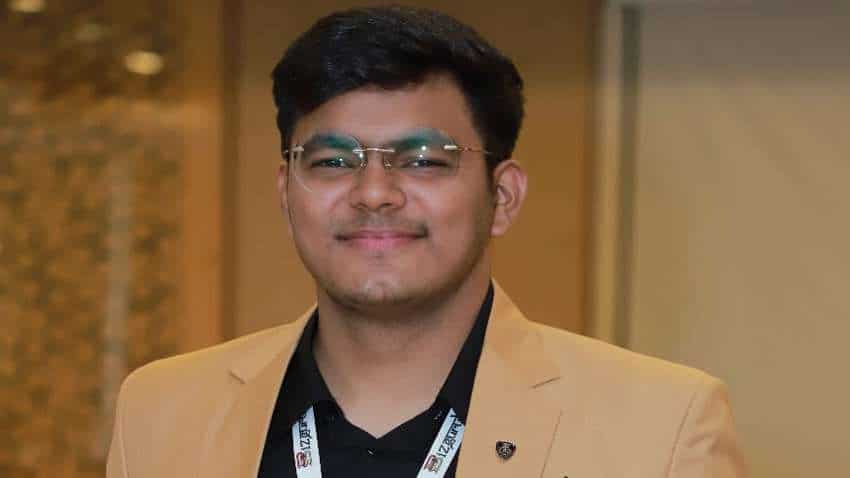 Ritwiz had been a curious kid since his childhood. He was among those few people who would say yes to an opportunity just for the sake of having some learning outcome from it

Everyone has a dream in their life that they want to achieve; while some fall short and become part of a crowd, others deny just don’t give up and continuously keep on working towards their goal. However, Ritwiz Tiwari, the founder of Bizgurukul, has a different story; once part of the herd, this sheep is leading a pack of wolves today and playing a significant role in the growth of India by providing upskilling opportunities to India’s youth.

Ritwiz had been a curious kid since his childhood. He was among those few people who would say yes to an opportunity just for the sake of having some learning outcome from it. He was always interested in business and wished to build something of his own. While academically, he had a regular cycle with completing his high school and then pursuing BBA from a prestigious university. His college life helped him understand the theoretics of business management. Later on, he joined a multinational company in Noida and had his fair share of corporate life. While he was just on par with most of his colleagues, he knew he wanted to do something more and something better. While talking to his seniors, he understood that climbing up the corporate ladder would take a humongous amount of effort and a very long tenure with no assurity of actually reaching the position he aimed for. He had a realization that this is not something he wants from his life; he wanted to get on top faster, even if it takes more effort.

During this course, a colleague introduced him to affiliate marketing and explained to him how this was a faster and better option. Ritwiz being an opportunity seeker, he was, without any hesitation, joined his colleague. He slowly and steadily learned about the potential of this big ocean of opportunities and worked with sheer dedication and passion. Affiliate marketing revived his bug for entrepreneurship and his vision to build something of his own. He worked as an affiliate marketer while also doing his job for a while, and he completed both his responsibilities with total dedication. Then, in a very short span, he realized that the affiliate marketing program inspired him more, and he wanted to focus more on it and thus quit his job.

Initially, he was an affiliate marketer for an international company that helped him learn selling, marketing, types of marketing, and the basis of this business. While he was earning a handsome amount of money at that point, his patriotic mindset wanted to do something for his own country. He saw vast untapped potential in India through his academic education and extensive experience in marketing. He wanted to build a proper system and training option that suited the Indian population. Intending to empower India’s youth and train them for the modern world, Ritwiz decided to enter the EdTech market. While EdTech is not a unique concept, he knew collaborating with an affiliate marketing program could do wonders.

Ritwiz understood that it was challenging for him to achieve his vision alone, and he needed a solid team to start with. So, he expressed his ideas to his very dear friends Rohit Sharma and Keshav Lal, who were equally excited to hear this opportunity and agreed to be part of it without flinching even a bit. Thus, the foundation of “Bizgurukul” was laid.

They developed top-notch online courses with the help of industry experts that suited not just metro cities but also tier 2 and tier 3 cities of India. The courses were developed with a vision to teach Indian youth about all the modern skills such as digital marketing, Instagram marketing, spoken English, personality development, and many more. The plan is to grow, nurture, and train many digital entrepreneurs who would contribute to nation-building activities in the future.

This organization was founded on 24th March 2020 and has completed over a year. In the past year, they have reached milestones that most of the Indian start-ups just dream of. They have reached a million-dollar mark with more than 60,000 students utilizing courses and upskilling themselves. Today, they have slowly and steadily reached all prominent cities for India and seeped to tier-2 and tier-3 cities and towns slowly and steadily. They have also disbursed more than 10 Cr. to their affiliates. They plan to increase their technical team from 15 members to 50 members in the coming six months. Their vision is to reach 1 lakh affiliates by the end of the year, and with the sheer dedication and passion all their team has showcased, this dream is very much achievable.

Want to close PPF account before maturity? Here is your step-by-step guide