Reliance Industries is one of top-notch conglomerate in India with various kinds of businesses such as Petrochemicals, Oil and Gas, Refining, Digital services, Media, telecom etc. On the turf of investments, this giant corporate has given over 100 per cent returns since March 2017, in a period of almost two years. 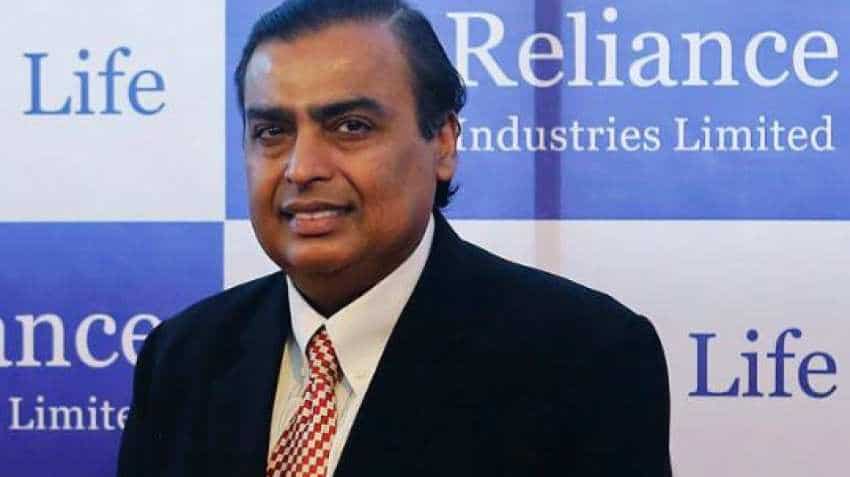 Reliance has been spreading in all new verticals like telecommunications, e-commerce, digital services and has a tremendous growth model in the form of Jio in front. Reuters
Written By: Hardik Bansal
RELATED NEWS

Reliance Industries: Mukesh Ambani led Reliance Industries Limited (RIL) is one of the large-cap shares listed on the Indian stock market. With a market capitalization of Rs 8,00,922.14 crore as per BSE, it is one of top-notch conglomerate in India. On the turf of investments, this giant corporate has given over 100 per cent returns since March 2017, in a period of almost two years. The company has various kinds of businesses such as Petrochemicals, Oil and Gas, Refining, Digital services, Media business, Ajio fashions, Retail stores, Telecom business etc. Recent hit of Reliance's family, Jio Communications has become one of the highest growing businesses among its other segments.

Head Research, Joindre Capital Services, Avinash Gorakshakar told Zee Business Online, ''In next 2 to 3 years, apart from its oil business, which is a cash cow for Reliance, other businesses like retail and telecom are likely to drive profitable in a big way. This is because both businesses are gaining scale and market share at present. Also, it's quite evident that Jio, its telecom vertical, will be looking to go public in coming years and it will be monitoring it's value for shareholders. To put a long story in short, Reliance is also present in all growth verticals like Telecom, Retail, E-commerce which all are growth engines that can propel faster growth in the next 4 to 5 years as compared with the growth witnessed till date.''

What do you need to do?

Commenting upon Reliance Industries as an investment option, Gorakshakar mentioned it as a Buy. ''The investors should continue to hold their current holdings in the share, whereas fresh buyers can pick it up for long term vision as the future of the company looks better'', he added.

Sr. Technical Equity Analyst, Simi Bhaumik explained, ''Reliance is looking strong on its technical parameters. It is one of the best company in India. Also it has given a breakout after a week. I would suggest a target of Rs 1,290-1,310 in next few weeks. While the Stop-loss could be at Rs 1,240.''

In RIL’s 41st AGM meeting last year, Ambani said, “As Reliance transitions to become a Technology Platform Company, we see our biggest growth opportunity in creating a hybrid, online-to-offline New Commerce Platform. We shall create this by integrating and synergising the power of Reliance Retail's physical marketplace with the fabulous strengths of Jio's digital infrastructure and services.” 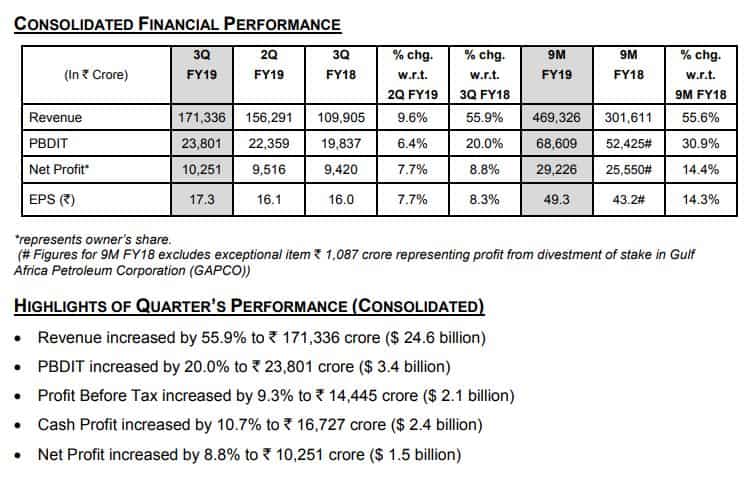 Reliance has been spreading in all new verticals like telecommunications, e-commerce, digital services and has a tremendous growth model in the form of Jio in front. In Goldman Sach’s view, RIL’s retail business is now bigger than all of India’s organised players combined in both revenue and store count.

It could certainly pose a threat to any business in the world, just like Jio overshadowed some giant telecom companies like Airtel, Vodafone, Idea since its arrival.

Also, Mukesh Ambani became the world's 13th richest man as per Forbes. The Chairman and Managing Director of Reliance Industries is now worth $50 billion, up from $40.1 billion in 2018, when he had stood in the 19th spot on the list.