RIL-BP have kept the USD 3.18 billion investment plan for D-34 or R-Series gas field in the same block, which was approved in August 2013. 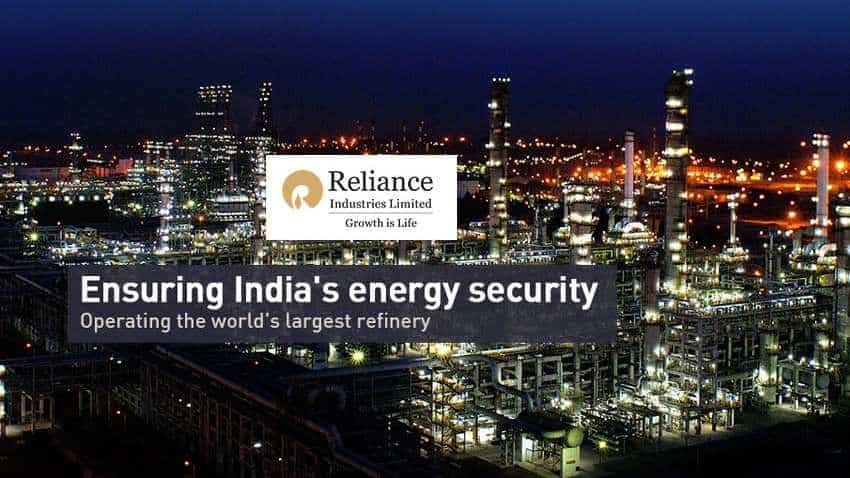 After the government allowed a higher gas price for yet-to-be-developed gas finds in difficult areas like the deep sea, RIL and BP decided to take up their development.
Written By: PTI
RELATED NEWS

Reliance Industries has stated that it will start natural gas production from R-Cluster gas field in the flagging KG-D6 block in the Bay of Bengal from the second half of the 2020-21 fiscal. Reliance and its partner BP Plc of UK had in June 2017 announced an investment of Rs 40,000 crore in the three sets of discoveries to reverse the flagging production in KG-D6 block. These finds were expected to bring a total 30-35 million cubic metres (1 billion cubic feet) of gas a day onstream, phased over 2020-22.

R-Cluster will be first to come on stream.

"R-Cluster development is on track for first gas in 2H FY21," Reliance said in an investor presentation after its fourth-quarter earnings.

Four of the planned six wells that would produce gas from the field have been completed and the fifth one is being drilled currently, it said adding first offshore installation campaign is underway and is expected to be completed in Q1 FY20.

The second set is called the Satellite Cluster for which all major orders have been committed and engineering work is in progress. "Manufacturing of components of Subsea Production System (SPS) has commenced," it said.

For MJ, the third of these fields, bids for major long lead items such as drilling tangibles and FPSO is underway, Reliance said adding a rig has already been committed for drilling of wells on the field.

Reliance has so far made 19 gas discoveries in the KG-D6 block. Of these, D-1 and D-3 -- the largest among the lot -- were brought into production from April 2009 and MA - the only oilfield in the block, was put to production in September 2008.

The output from D-1 and D-3 has fallen sharply from 54 million standard cubic metres per day in March 2010 to 1.8 mmscmd in the January-March quarter, the presentation said.

"Currently, D1-D3 field is producing and all efforts are being made to extend the life of the field," the company said in the presentation.

Reliance is the operator of the block with 60 per cent interest while BP holds 30 per cent stake. Niko Resources of Canada has the remaining 10 per cent.

MJ gas find is located about 2,000 metres directly below the currently producing Dhirubhai-1 and 3 (D1 and D3) fields in the KG-D6 block and is estimated to hold a minimum of 0.988 Trillion cubic feet (Tcf) of contingent resource.

However, the companies did not begin the investment citing uncertainty over gas pricing.

After the government allowed a higher gas price for yet-to-be-developed gas finds in difficult areas like the deep sea, RIL and BP decided to take up their development.

RIL-BP have kept the USD 3.18 billion investment plan for D-34 or R-Series gas field in the same block, which was approved in August 2013. About 12.9 mmscmd of gas for 13 years can be produced from D-34 discovery, which is estimated to hold recoverable reserves of 1.4 trillion cubic feet.

Other discoveries have either been surrendered or taken away by the government for not meeting timelines for beginning production.