In what could prove to be major global takeover, RIL-owned Reliance Retail is in talks to acquire the iconic 259-year-old toy brand Hamleys. 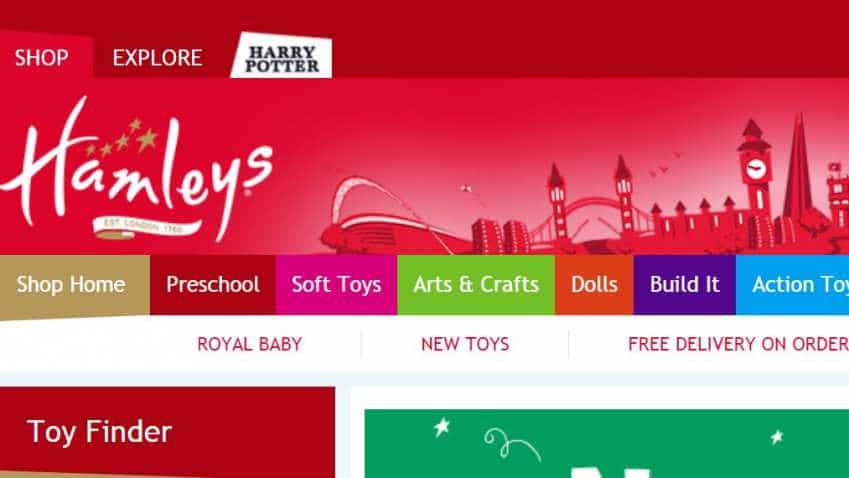 In what could prove to be major global takeover, RIL-owned Reliance Retail is in talks to acquire the iconic 259-year-old toy brand Hamleys. Website grab
Written By: IANS
RELATED NEWS

In what could prove to be major global takeover, RIL-owned Reliance Retail is in talks to acquire the iconic 259-year-old toy brand Hamleys. Hamleys is currently owned by a Chinese fashion wear company, C.Banner. The purchase of the global toy-making major, which has its flagship store on London`s Regent Street, would the be a major boost for Reliance Retail`s global ambitions and its annual growth target of 30 per cent for a decade. Sources said the talks are at an advanced stage and the RIL-owned company is aggressively pursuing the deal.

Reliance Industries, however, described the reports as media speculation. An RIL spokesperson told IANS: "As a policy, we do not comment on media speculation and rumours. Our company evaluates various opportunities on an ongoing basis." "We have made and will continue to make necessary disclosures in compliance with our obligations under Securities Exchange Board of India and our agreements with the stock exchanges." The company is named after William Hamley, who founded a toy shop called `Noah`s Ark` in London, in 1760.

Ownership of the shop passed through the family and by 1837 when Hamley`s grandsons operated the store, it had become famous. People belonging to the royalty and nobility were among its customers. Over the years, its global footprint has grown with stores across the globe opening and the company changing several ownership hands before being taken over by C. Banner in 2015.

Of late, the toy company has struggled financially due to uncertainties owing to Brexit and economic slowdown in the UK. Reliance Retail might help grow Hamley`s business with its supply chain management and distribution network if the deal goes through.