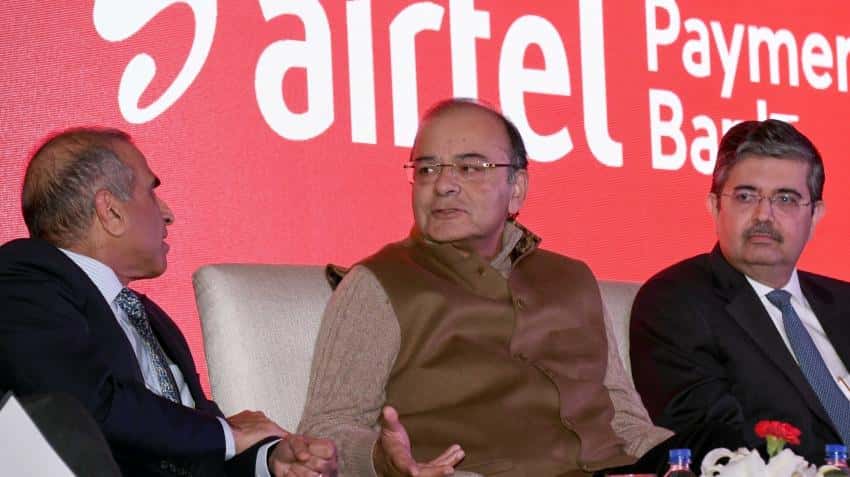 Billionaire Mukesh Ambani's Reliance Jio has alleged that rival telecom firm Airtel's proposed acquisition of Tikona will cause a Rs 217 crore loss to exchequer if the spectrum that the internet service provider holds is used to make voice calls.

Jio asked the Department of Telecommunication (DoT) to not approve the acquisition unless Airtel pays for converting the BWA or broadband spectrum from ISP license to unified license that will allow use of airwaves for any purpose - be it data transmission or making voice calls.

In a three-page letter, it alternatively suggested that Jio should be refunded Rs 1,658 crore fee it had paid in 2013 for migrating its broadband wireless access spectrum (BWA) to unified license.

This, it said, was essential to give all players a level playing field.

When contacted, an Airtel spokesperson said, "Bharti Airtel has always been and will continue to be fully compliant with all regulatory guidelines. We strongly deny these allegations, which is yet another mischievous attempt to throttle/block competition."

At present, any Internet Services Provider or ISP with BWA spectrum can only provide data services to customers and not voice services.

If under any scheme, whether merger or otherwise, such BWA spectrum of an ISP is proposed to be used to provide voice services by moving to UL (Unified License) regime, then the difference in license fees between the new License and ISP License should be paid to the Government for each of the telecom circles involved.

In the Tikona-Airtel transaction, this difference works out to Rs 217 crore.

"Any circumvention of this principle, in whichever form including through misuse of M&A guidelines, will lead to loss of revenue for the government exchequer and must be prevented," Jio alleged in the letter dated May 15.

Bharti had, in March, announced acquisition of 4G business of Tikona Networks, including broadband spectrum and 350 sites across 5 circles, for about Rs 1,600 crore.

For the Sunil Mittal company, the deal meant that Airtel will be second company in the country after Reliance Jio, to have pan-India presence in 2,300 Mhz band -- which has second largest ecosystem of 4G devices.

In the letter to G K Upadhyay, member Technology in Telecom Department, Reliance Jio alleged that the proposed buy-out indicated "flagrant misuse" of specific provisions of merger and acquisition guidelines of 2014 "with intention to cause loss of revenue to the government exchequer".

Jio further accused Airtel of exploiting the loopholes in M&A guidelines in an earlier transaction involving Airtel Broadband Services (ABSPL), and drew a parallel between the previous deal and the latest one.

"ABSPL was initially a joint venture between Qualcomm and Airtel, holding ISP licence with broadband spectrum....For ABSPL acquisition, DoT raised a charge of Rs 436 crore against Airtel...However Airtel refuted the said demand and appealed before the tribunal of TDSAT," said Jio.

The new entrant also alleged that Airtel is attempting the same strategy for the proposed Tikona buy.

It also asked DoT to consider plugging the gap in the merger and acquisition norms.