Reliance Industries can turn into India's Amazon or Alibaba?

In a comprehensive 100-page report, UBS said RIL can become a market leader in telecom and media, while gaining a significant share in retail/ecommerce. 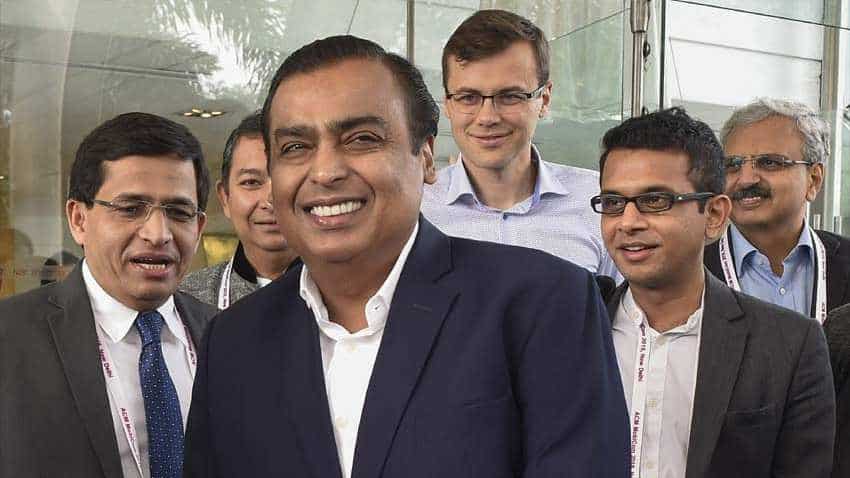 A week after Reliance Industries (RIL) reported a 8.82 per cent rise in consolidated net profit for its third quarter at Rs 10,251 crore, global financial services firm UBS on Thursday said the Mukesh Ambani-led RIL has the true potential to evolve from an integrated energy company into a consumer giant like Amazon or Alibaba.

In a comprehensive 100-page report, UBS said RIL can become a market leader in telecom and media, while gaining a significant share in retail/ecommerce.

"Its success could be built on an ecosystem or bundling strategy, and a home-court advantage, similar to Alibaba`s success in China, beyond explicit or implicit policy support," noted the report.

RIL posted a net profit of Rs 9,420 crore in the corresponding quarter of 2017-18. The company`s consolidated revenue from operations during the quarter in consideration at Rs 1,60,299 crore jumped a massive 56.38 per cent over Rs 1,02,500 crore earned in the October-December quarter of FY18.

According to the UBS report, its China Internet analyst, Jerry Liu, has listed some comparables between Alibaba and Reliance such as pursuing an ecosystem or a bundling strategy in a high-growth fragmented retail sector with lower online penetration and home-turf advantage.

"Our assessment of the capital framework, regulations, business positioning and emerging trends in each of its consumer-facing business indicates RIL can lead in telecom & media and gain significant share in retail/ecommerce," it added.

The report found another similarity RIL shares with Amazon and Alibaba - an ecosystem strategy.

"The biggest difference is that the Chinese and American internet platforms do not own telecom networks.

"But based on the success of Amazon Prime, and similar memberships such as Alibaba`s 88VIP and JD`s Plus in China, we believe bundling of products and services is a tried and true strategy, and this should play to Reliance`s advantage," the report highlighted.

Addressing the "Vibrant Gujarat Global Summit 2019" on January 18, Reliance Industries Chairman and Managing Director Mukesh Ambani announced that Reliance would double its investment and employment numbers over the next decade.

He said Reliance Jio and Reliance Retail would soon launch a new commerce platform for small retailers -- a mega mission which will first be launched in Gujarat and then across the country, urging Prime Minister Narendra Modi to lead a fight against "data colonisation".