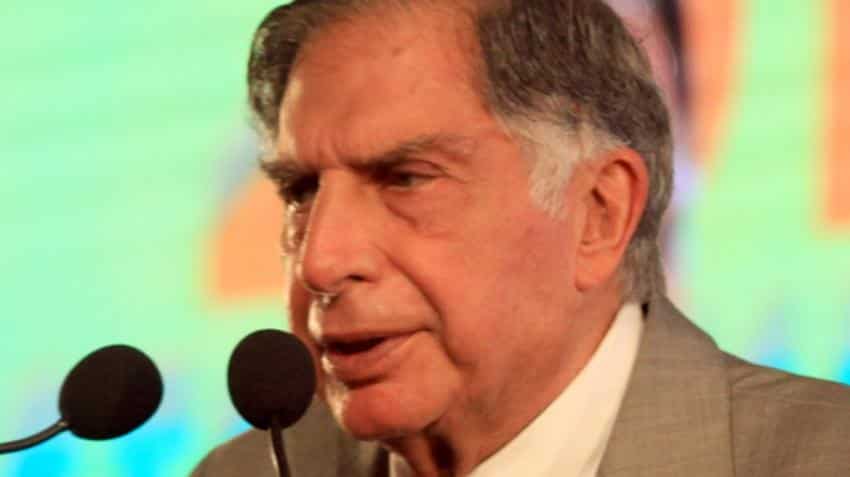 Officially at least, Ratan Tata, patriarch of one of India`s wealthiest business families, retired in late 2012. In reality, he has been a driving force behind Tata`s bet on airlines and a rare public campaign to open up the booming aviation sector.

The $100 billion Tata group conglomerate is a major beneficiary of the decision last week to open up aviation in India, making it easier for start-ups to fly overseas sooner.

The decision is no panacea for Tata, whose airlines - Vistara and AirAsia India - have had a slow start in a competitive market dominated by IndiGo, owned by InterGlobe Aviation , and Etihad-backed Jet Airways , both of which opposed the rule change.

But it marks a victory for 78-year-old Ratan Tata, and ends more than two years of airlines lobbying, of Twitter rows and of frequent public statements from the usually circumspect steel-to-salt group.

"This was a David-and-Goliath kind of situation," said a source close to Tata group. "There was huge lobbying from the other side."

Ultimately, sources familiar with the talks said, it was Ratan Tata, a trained pilot, who was key to sealing the deal, capitalising on his clout.

In a message earlier this year, he called for "a new open market economy" and said airlines lobbying against a rule change was "reminiscent of protectionist and monopolistic pressures by vested interests` entities who seem to fear competition."

A spokesman for Tata Sons, which promotes the group, denied Ratan Tata was directly involved, saying he had "nothing to do with operations or management of either of the airlines" after his retirement, and that views he expressed were personal.

Not that either of Tata`s two airline ventures - a low-cost carrier owned with Malaysia`s AirAsia Bhd and Vistara, a full-service carrier run with Singapore Airlines - is yet ready to fly overseas. Both have had turbulent starts.

Vistara initially focused on domestic business travellers, but had to reconfigure its aircraft after a year, to replace pricier seats with cheaper ones.

Vistara`s share of India`s passenger air market is rising but is still just 2.5 percent after nearly 18 months in business. AirAsia`s share after two years has stagnated at about 2 percent, government data showed, compared with IndiGo, which has a 39 percent share, and Jet Airways with 19 percent.

But flying overseas is critical. It means higher profits and margins than in India`s cut-throat market dominated by low-cost carriers, and Vistara and AirAsia now aim to boost their fleet sizes within a year.

A Tata Sons spokeswoman said making profit can take several years and the group had a "clear road map": "Aviation is a long gestation business sector."

The new rules water down a requirement known as 5/20, which barred domestic airlines from flying overseas before being in operation for five years and having 20 aircraft.

Now they can fly overseas as long as they deploy 20 aircraft or 20 percent of total capacity in India, whichever is higher. Tata Sons and the two airlines said they would prefer the rules to be abolished altogether.

Tata group, a business empire stretching from Jaguar Land Rover and steel mills in Britain to salt pans and India`s cheapest car, has a long history in aviation.

J. R. D. Tata, the group chairman before Ratan Tata, became India`s first qualified pilot in 1929, and set up an airline that was later nationalised as state carrier Air India.

Under Ratan Tata, the group sought to snap up Air India in a privatisation process, later aborted.

Instead, even as current chairman Cyrus Mistry has sought to wind up some of Tata group`s more ambitious projects, Ratan Tata pulled the group back in with two joint ventures. For his critics, the intervention was too little, too late.

In 2013, a year after India liberalised foreign direct investment in aviation, Tata returned, first with AirAsia and then Vistara.

"India`s market has only just started and it could provide growth for global aviation for the next 10 or 15 years," said Kapil Kaul, New Delhi-based chief executive of the Centre for Asia Pacific Aviation (CAPA) consultancy.

India is the world`s fastest-growing aviation market, clocking more than 20 percent growth last year, and CAPA expects domestic passenger travel to grow to 500 million by 2035 from 70 million in 2015.

Tata group is moving to capitalise on the win.

"We do not rule out accelerating the deliveries or procuring more aircraft from leasing firms, manufacturers or, for that matter, from our parent Singapore Airlines also," Vistara CEO Phee Teik Yeoh said in response to a query.

Yeah said the company was reviewing its international plans.

AirAsia is in the process of ramping up its aircraft to 20 from six to meet the criteria, India CEO Amar Abrol said, adding that the airline lobbied hard for the removal of the 5/20 rule.