The Finance Ministry is keen on protecting the interests of all stakeholders. 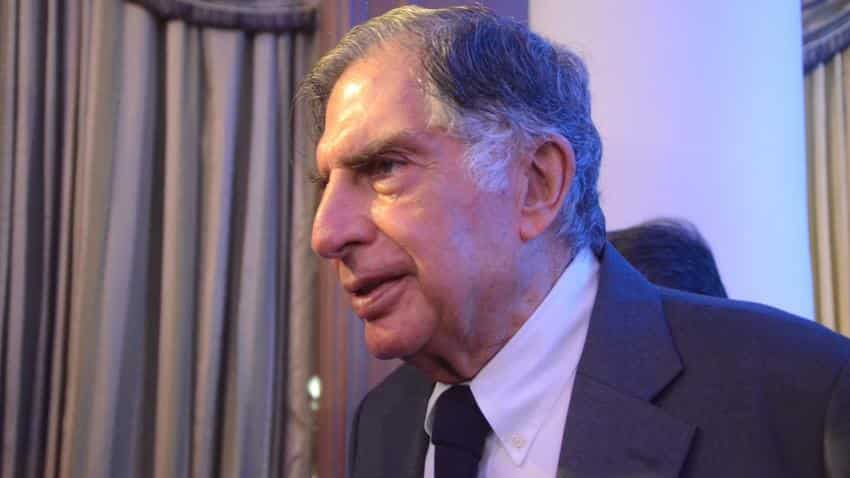 Amid the battle raging for the control of Bombay House, the headquarters of the $103 billion Tata empire, interim Chairman Ratan Tata met Finance Minister Arun Jaitley here on Tuesday, but neither side offered any comment.

"I am very uncomfortable talking," Tata said, after the 30-minute meeting.

According to Finance Ministry officials, there is concern in North Block over the ongoing battle for control of Tata group companies between Ratan Tata and ousted Chairman of Tata Sons Cyrus Mistry, who otherwise happens to be chairman and director of several entities.

The Finance Ministry is keen on protecting the interests of all stakeholders.

In another flagship company of the group, Tata Steel, the foreign funds hold 12.8%, HDFC has 4.65% while insurance companies hold 19.39%.

In a curious turn of events, while independent directors of a host of Tata companies have come out in support of Mistry, Tata Sons has called for a shareholders` meeting in five firms -- Indian Hotels, Tata Steel, Tata Motors, Tata Chemicals and Tata Consultancy Services -- seeking his removal from their boards.

Mistry, 48, was removed as chairman of Tata Sons in October with the holding company saying he had lost the confidence of the board due to several factors, and that trustees were increasingly concerned with the growing trust deficit.

Ratan Tata, who had made room for Mistry four years ago, was reinstated as the chair in an interim capacity. A search is on for a new chair