Rafale Deal row: In a controversy that doesn't seem to be ending soon, fresh claims and counterclaims have emerged. 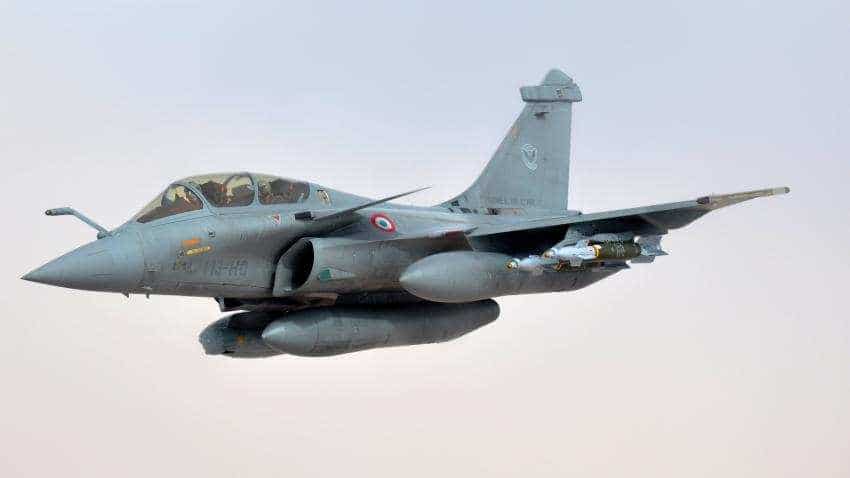 Rafale Deal row: In a controversy that doesn't seem to be ending soon, fresh claims and counterclaims have emerged. Representational Image/Wikipedia
Written By: Agencies
RELATED NEWS

Rafale Deal row: In a controversy that doesn't seem to be ending soon, fresh claims and counterclaims have emerged. The opposition political parties in India got a fresh ammunition against the PM Narendra Modi-led Centre when former French President Francois Hollande claimed Indian government had a role in the selection of Dassault's local offset partner. However, in a fresh twist to the tale, the French government and Dassault have contradicted Hollande. Here are the 10 points you should know about the controversy:

2. "We did not have a say in this," Hollande was quoted by the website as saying. "The Indian government proposed this service group and Dassault negotiated with Ambani."

3. Responding to Hollande, the official French government's statement said: "The French government is in no manner involved in the choice of Indian industrial partners who have been, are being or will be selected by French companies.

4. "In accordance with India's acquisition procedure, French companies have the full freedom to choose their Indian partner companies that they consider to be the most relevant, then present for the Indian government's approval the offset projects that they wish to execute in India with these local partners so as to fulfill their obligations in this regard."

5. Dassault Aviation, the makers of the Rafale jets, said in a statement on Friday night, said: "This offsets contract is delivered in compliance with the Defence Procurement Procedure (DPP) 2016 regulations. In this framework, and in accordance with the policy of 'Make in India', Dassault Aviation has decided to make a partnership with India`s Reliance Group. This is Dassault Aviation`s choice."

6. Dassault Aviation said the partnership between the two giants led to the creation of the "Dassault Reliance Aerospace Ltd (DRAL) joint-venture in February 2017. "Dassault aviation is very proud that the Indian authorities have selected the Rafale fighter," it added.

7. The Indo-French deal to purchase 36 Rafale fighter jets from France was announced by Prime Minister Narendra Modi in 2015 and signed in 2016.

8. The UPA government was earlier negotiating a deal to procure 126 Rafale jets, with 18 to come in flyaway condition and 108 to be manufactured by HAL under licence.

9. Narendra Modi government has repeatedly asserted it was Dassault that chose its India partner for offsets and that the government had no say in the deal.

10. The Congress has been accusing massive irregularities in the deal, alleging that the government was procuring each aircraft at a cost of over Rs 1,670 crore as against Rs 526 crore finalised by the UPA government when it was negotiating procurement of 126 Rafale jets. The Congress has also alleged that the government was benefitting Reliance Defence through the deal as the company has set up a joint venture with Dassault Aviation to execute the offset obligation for the deal.