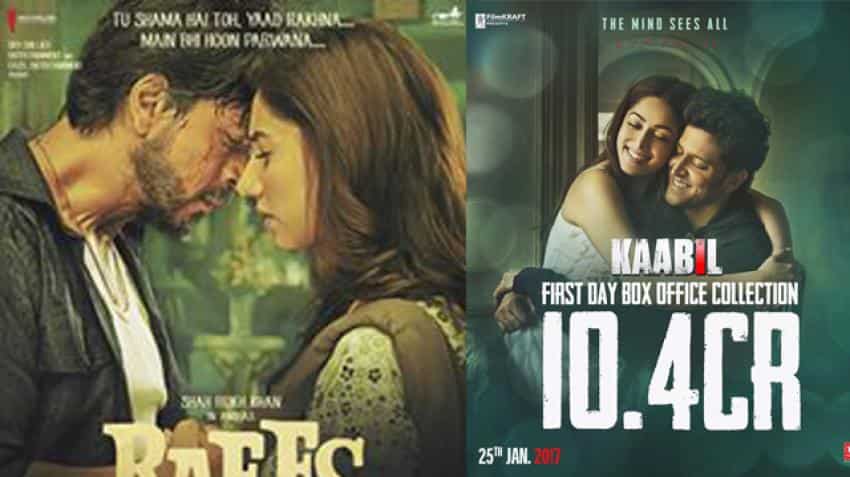 Bollywood superstar Shah Rukh Khan's 'Raees' and actor Hrithik Roshan-starrer 'Kaabil' have both managed to create a strong buzz at the box office, despite a clash. While 'Raees' raked in Rs 20.42 crore, 'Kaabil', which had a slow start, managed to collect Rs 10.43 crore, according to trade pundits.

Both the films released on Wednesday.

Trade guru Amod Mehra said the first day collections of "Raees" turned out to be "fantastic".

Bhumika Tewari, Head - Programming and Film Marketing, Cinepolis, said, "Larger than life character and as big an opening. `Raees` is living up to the expectations and euphoria it created before the release."

Set against the backdrop of prohibition in Gujarat, 'Raees' touches upon how the alcohol industry crumbled and several illegal activities followed.

In the film, the 'Chennai Express' star essays the title role of Raees, a bootlegger.

According to Adarsh, business for 'Kaabil' should escalate on Thursday -- a national holiday -- too.

Another trade expert, Komal Nahta, had on Wednesday said that 'Kaabil' started slow because of 'Raees' in opposition. However, he expressed confidence that the film will witness an increase in its numbers due to strong word of mouth. The film industry and critics have given a thumbs up to 'Kaabil' for its unique storyline.