Adani Group ventured into Australia in 2010 with the purchase of the greenfield Carmichael coal mine in the Galilee Basin, Central Queensland, and the Port of Abbot Point near Bowen in North Queensland. 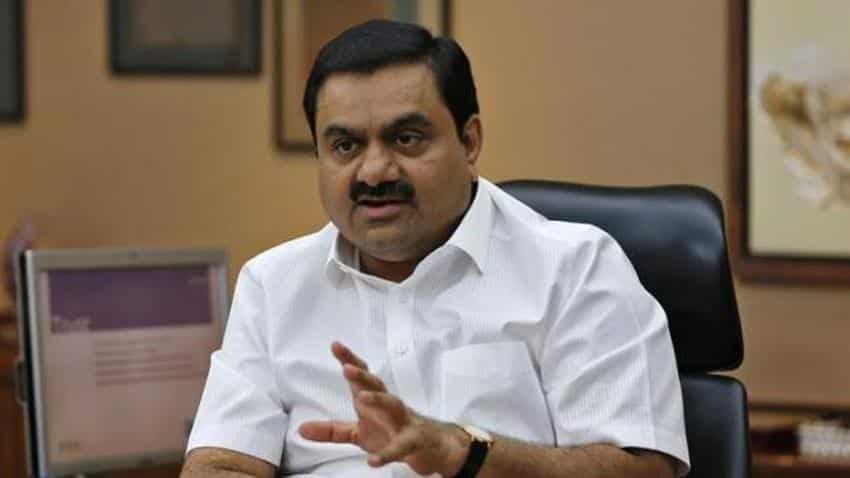 The Adani Group is one of India's leading business houses with revenue of over $12 billion. Photo: Reuters
Written By: PTI
RELATED NEWS

Adani group on Friday said Queensland premier Annastacia Palaszczuk has reaffirmed her government's committment to the $16.5 billion Carmichael mine project in the Australian province.

"Adani Group, a global integrated infrastructure conglomerate, today hosted a high-level delegation led by Annastacia Palaszczuk, Premier of Queensland, Australia, at Mundra Port who reaffirmed Queensland government's commitment to the $16.5 billion Carmichael mine project," the group said in a statement.

The statement came a day after cricket legends Ian and Greg Chappell and few other prominent Australians urging Adani Group Chairman Gautam Adani to abandon the mine project. The group, however, rejected the demand and said it was "motivated" by a very small group of "misled" people.

Last year, the environment and heritage protection (EHP) department of the Queensland state issued the final environmental authority (EA) for Adani's Carmichael Mine project in the Galilee Basin.

"Adani group is confident of fulfilling the strict conditions placed on the EA, including extra requirements based on the land court's recommendations and ensure this mine will not pose an unacceptable risk to the environment," the statement said.

It said the delegation led by the Premier of Queensland visited Mundra Port and is scheduled to visit Kamuthi in Tamil Nadu to see the world's largest solar project, which generates 648 megawatts of green electricity.

"I am very happy to be here at Mundra and it is wonderful to see the port to solar plant to agri businesses of Adani and its associated infrastructure," Palaszczuk was quoted as saying in the statement.

"Indians are a great community in Australia and the Indo-Australian relations are growing from strength to strength. The Australian Prime Minister will also be visiting India shortly and that shows the significance of the relationship," she said after the visit.

She said her visit to Mundra shows that Queensland supports the Adani project for its potential to create many jobs for the province and will also help boost the Indian economy.

"Queensland will also be part of the solar project of Adani and we are delighted to be part of Adani in that project too," she added.

Adani Group Chairman Gautam Adani said, "Our mining project will create economic prosperity and will also create thousands of jobs for the people of regional Queensland. The Carmichael mine will help bring energy security to millions of Indians who do not have access to electricity.

"The Adani group is committed to nation building projects in the energy and infrastructure space which will create economic and social benefits for people of India and Australia."

The company said premier's visit is also significant in terms of Indo-Australian trade partnership as it lays a foundation stone of trade and commerce, especially in natural resources. The project involves construction of a near-400km rail line from the Carmichael mine site to the Adani owned and operated bulk coal-loading facility at Abbott Point near Bowen.

"Adani is similarly proud to be bringing this project to fruition and thereby generate tens of thousands of jobs for regional Queensland while help providing electricity to millions of Indians. The project will lead towards the overall development of the region in leaps and bounds.

"Adani will use mining support services from Mackay-Bowen region, Rockhampton and Townsville have been shortlisted by Adani as a Fly In Fly Out hub. The Mackay-Bowen region will also provide Adani with port services, as well as become the HQ for Adani's rail and port operations" said Jeyakumar Janakaraj, CEO, Adani Australia.

Adani Group ventured into Australia in 2010 with the purchase of the greenfield Carmichael coal mine in the Galilee Basin, Central Queensland, and the Port of Abbot Point near Bowen in North Queensland.

The company said over its 60 year of the mine's life this major infrastructure will not only support Adani's operations, the railway line and port, but will also provide infrastructure for the development of other proposed mines, extending the mining boom and allowing more jobs to be generated now and into the future.

"The benefits will extend locally, regionally and across Queensland providing much needed job opportunities and generating around $22 billion in state mining taxes and royalties in just the first half of the project life. This will assist much needed public funding to help deliver schools, hospitals, roads and other services and stimulating activity throughout the economy," it said.

The Adani Group is one of India's leading business houses with revenue of over USD 12 billion.

Yesterday the open letter by prominent Australians cited public opposition, risks to miners' health, climate change and potential impact on the fragile Great Barrier Reef as reasons not to proceed with the project in the Galilee Basin.

The Adani Group spokesperson has rejected the letter as "motivated" by "a very small group of 76 misled people. The proposed mine in Australia has been cleared after rigorous assessments and strict conditions".