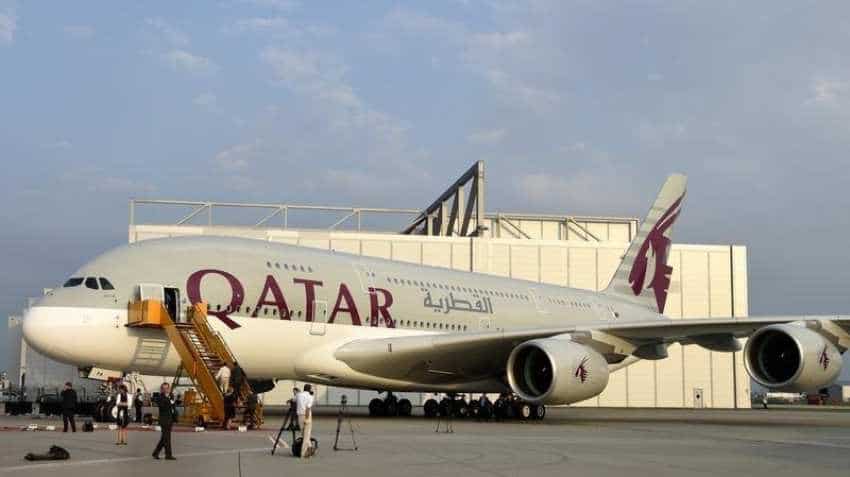 Qatar Airways, which has sought additional seat capacity on temporary basis for its flights from Indian cities to Doha, Thursday said it will "seriously" consider any proposal for partnership from Indian carriers. The blockade on Qatar and withdrawal of 28 weekly between Doha and cities of New Delhi and Mumbai has increased the pressure on available seat capacity in Qatar-India routes, the airline said.

The Gulf carrier has submitted a formal request to the Indian authorities for an additional capacity on a temporary operating permit basis to meet the air traffic demand in Qatar-India routes.

The airline asked the civil aviation ministry to favourably consider its request for additional seat capacity "to help evacuate the stranded Indian passengers in Doha".

Airfares have already significantly increased due to the unexpected unavailability of restricted capacity during this summer peak season, it added.

The allocated seat capacity in the Qatar-India aviation market has not been increased since 2009. Bilateral air traffic rights are negotiated between the two countries.

According to the airline, the "illegal blockade" imposed on Qatar in June 2017 by the UAE, Saudi, Bahrain, and Egypt has restricted the movement of not only Qataris but also Indian expats living in Qatar.

People do not have the flexibility of travelling to nearby airports in Dubai, Abu Dhabi, Sharjah, and Manama, for their travel to India. This has reduced their options for air connectivity and further increased the pressure on the available seat capacity in Qatar-India routes, the statement said.

"All these have resulted not only in lesser available seat capacity but also significantly higher air ticket fares, which is set to continue for at least another three months," the airline said.