Sales of the German carmaker`s luxury brands lifted underlying operating profit before special items 14 percent to 14.6 billion euros ($15.5 billion) in 2016, after the company reported its biggest ever loss in 2015. 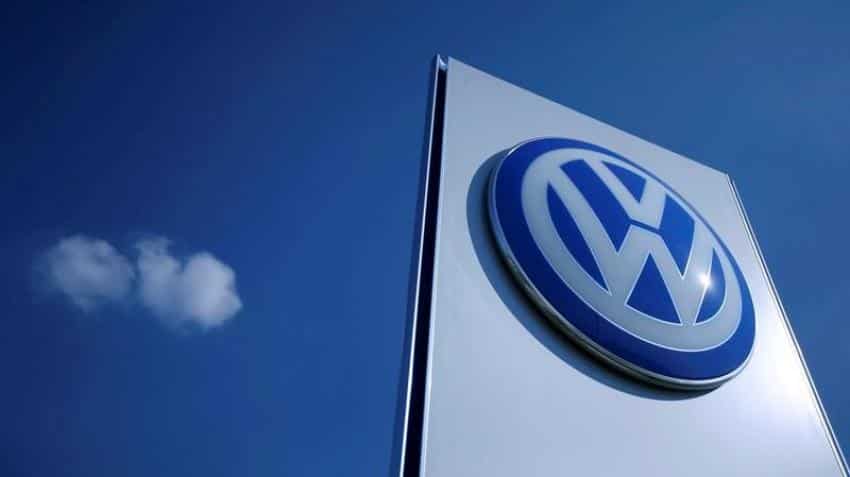 Record Audi and Porsche sales helped Volkswagen swing to a record underlying profit in 2016, although a bigger than expected charge from the diesel emissions scandal meant it missed estimates for its operating profit.

Sales of the German carmaker`s luxury brands lifted underlying operating profit before special items 14 percent to 14.6 billion euros ($15.5 billion) in 2016, after the company reported its biggest ever loss in 2015.

Underlying profit was broadly in line with forecasts for the world`s biggest car manufacturer by volume sales, which hiked its dividend more than expected after group sales rose to new highs, with an 8.1 percent jump in fourth quarter deliveries.

Volkswagen (VW) is struggling with the fallout from its admission 17 months ago that it rigged U.S. diesel emissions tests, a scandal that some analysts have estimated may cost it more than $30 billion in fines, compensation and vehicle refits.

VW has since embraced a costly shift to more electric vehicles and last year eclipsed Toyota <7203.T> as the world`s top-selling carmaker with record deliveries of 10.3 million.

Although group sales fell 4 percent in January on the back of national holidays and a tax hike on small-engine cars in China, its biggest market, VW forecast an underlying operating margin of between 6 and 7 percent for 2017, compared with the 6.7 percent it achieved last year.

But the damage from the emissions cheating affair took its toll, with VW booking bigger-than-expected one-off charges of 7.5 billion euros in 2016, of which 6.4 billion were related to the emissions-test rigging scandal. Analysts had on average forecast the cost would be 4.2 billion euros in total.

VW`s Chief Executive Matthias Mueller said the carmaker was now well set for the years ahead.

"As the figures show, Volkswagen is very solidly positioned in both operational and financial terms. This makes us optimistic about the future," he said in VW`s results statement.

The return to profit at group level may help calm tensions in Wolfsburg where labour bosses and VW`s brand management have been sparring over its ability to tackle the high cost base of VW`s German plants, which what analysts and investors say will be key to a further recovery.

VW said it would propose a dividend of 2.06 euros per preferred share, more than the 1.86 euros expected by analysts on average, and 2.00 euros per ordinary share for 2016.

That is up from 0.17 euros and 0.11 euros respectively a year earlier, when VW had to cut the dividend because of the cost of the diesel emissions cheating.