Although exports account for only 50 per cent of revenue for the domestic pharma industry, its contribution at the operating profit is higher owing to relatively superior profitability of products sold in regulated markets and that the haemorrhage over the past two years can be pinned squarely on dwindling exports to regulated markets. 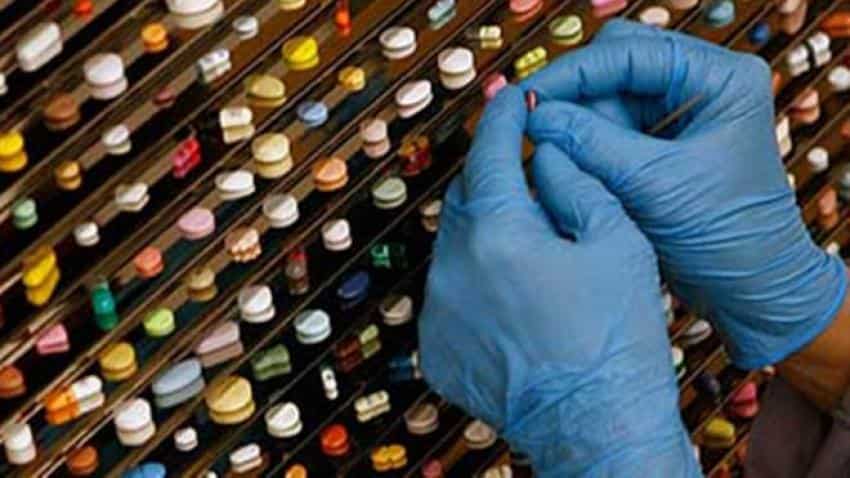 Pharma sales to the US and the EU are expected to rise 7 per cent against a decline of 3 per cent between fiscals 2016 and 2018. Image source: Reuters
Written By: PTI
RELATED NEWS

After a bruising two years, the domestic pharmaceutical sector is set for a sharp turnaround in the new fiscal year with a 20-22 per cent growth in operating profit - the fastest pace since 2014, while revenue may grow at 9-11 per cent, according to a report. "The projected good run is premised on a decline in regulatory alerts for larger companies as well as a bigger pipeline of high-value drugs compared to the past two years. Operating income and profit will see a course reversal with a 20-22 per cent growth, while revenue may clip at 9-11 per cent," rating agency Crisil said in a report.

This will be primarily on the back of strong growth in the overseas market, particularly in the regulated markets of the US and the EU, while the domestic market will continue its healthy growth in the past years, it said.

It can be noted that although exports account for only 50 per cent of revenue for the domestic pharma industry, its contribution at the operating profit is higher owing to relatively superior profitability of products sold in regulated markets and that the haemorrhage over the past two years can be pinned squarely on dwindling exports to regulated markets, particularly these two markets.

The US and the EU together account for over 90 per cent of the regulated market exports and close to 50 per cent of formulation exports for the domestic companies.

However, the report warns that lower generic opportunity, rising competition, supplier consolidation, and increase in regulatory alerts on domestic plants are the major headwinds for the industry.

Noting that relief from regulatory alerts will result to increase in abbreviated new drug application (ANDA) flows, the report says rising competition and supplier consolidation and the resultant pricing pressure, will continue to impact exports to these key markets in FY19.

Sales to the US and the EU are expected to rise 7 per cent against a decline of 3 per cent between fiscals 2016 and 2018. One of the factors working in favour of larger pharma companies is a marked reduction in the number of regulatory alerts in 2017, a welcome change from 2015 and 2016.

Official action indicated (OAI) came down significantly to 16 in 2017 from 28 in 2014 due to the efforts taken by large formulation companies during these years towards remediation.

Issuance of an OAI indicates objectionable conditions were found and will result in regulatory and/or administrative sanctions by the US. Typically, non-closure of an OAI results in a warning letter or an import alert. Increased efforts towards remediation have also resulted in close-out of some regulatory alerts for big players in the past one year.

"We expect this to continue this year for larger players, allowing them to receive new ANDAs which were stalled owing to these alerts, thereby improving exports," it said.

Domestic companies are also likely to benefit from their higher R&D investments over the past few years. Along with developing capabilities through inorganic route, domestic exporters have been focusing on strengthening their in-house product pipeline via R&D due to higher pricing pressure on conventional generics and lower patent expiry opportunity.

This, though, requires considerably higher R&D investment. For example, cost of developing a biosimilar is around USD 150 million compared to USD 1-5 million to develop a generic drug. While the cost of developing niche complex drugs and biosimilars is substantially high, the potential opportunity and profitability are commensurate.

The higher investment in niche and complex drugs over the past few years is expected to start bearing fruit in fiscal 2019. The number of high value drugs likely to be launched in FY19 is three times over FY18.

Signs of recovery are already visible, with some high value drugs already approved in the past two-three months. For instance, Biocon received approval in December 2017 from the US to launch its biosimilar version of Herceptin-developed jointly with Mylan. Sun Pharmaceuticals got a nod in March 2017 to launch its specialty drug Tildrakizumb.