Pawan Hans strategic sale: In April last year, the government had issued the information memorandum for the 51 per cent strategic stake sale in Pawan Hans and had sought expression of interest from interested bidders by June 18. 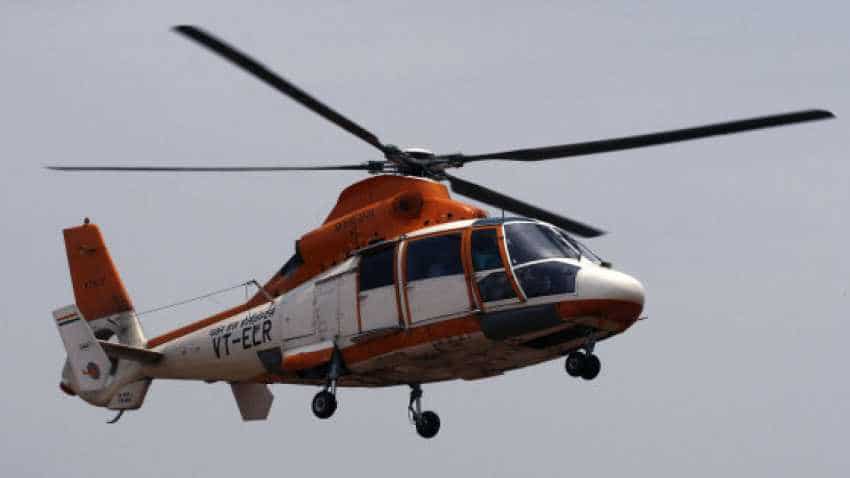 The last date for submission of EoIs was September 12. However, the total number of bidders have not made public to maintain confidentiality of the bidding process. Image source: Reuters

The government has decided to keep the sale process of Pawan Hans on hold till elections as only one investor has put in financial bids for buying the helicopter service provider. The government holds 51 per cent stake in helicopter service provider Pawan Hans, and the remaining 49 per cent is with ONGC. Investors had time till March 6 to put in their financial bids for up to 100 per cent stake in Pawan Hans.

"The Transaction Advisor for Pawan Hans has informed us that a single eligible bid has come in. A call has to be taken whether to go ahead with single bidder or reconvene the entire bidding process. It has been decided to wait till the elections are over and a new government is formed," an official said.

The ongoing 7-phase election process is scheduled to be completed on May 23. As per the strategic disinvestment policy framed by the Department of Investment and Public Asset Management (DIPAM), the alternative mechanism, headed by the Finance Minister, will have to take a call on whether to go ahead with single bidder or call for fresh bids.

If at all the Alternative Mechanism decides to call for fresh bids, it would be in accordance with the modified strategic sale policy being worked out by DIPAM, the official added.

In order to speed up strategic sale of state-owned companies, the DIPAM is working on streamlining the policy. It had last come out with a guidance note on strategic disinvestment in January 2018.

The government had initially planned to sell Pawan Hans last fiscal, but could not complete the process as only one bidder has shown interest.

In April last year, the government had issued the information memorandum for the 51 per cent strategic stake sale in Pawan Hans and had sought expression of interest (EoI) from interested bidders by June 18.

Thereafter, the ONGC board in July decided to combine its 49 per cent stake in the offer for sale by the Centre.

Following this, in August, the government invited fresh EoIs from entities, saying that along with its 51 per cent stake, the bidders will also have the option to buy ONGC's stake of 49 per cent in the company.

The last date for submission of EoIs was September 12. However, the total number of bidders have not made public to maintain confidentiality of the bidding process.

In February, 2019, the government shared the final share purchase agreement with the shortlisted bidders of Pawan Hans and asked them to submit their financial bids by March 6.

The government has budgeted to raise Rs 90,000 crore from disinvestment in the current fiscal, up from Rs 85,000 crore mopped up in last financial year.