One Co.Work acquires IShareSpace for expansion

Co-working operator One Co.Work Wednesday said it has acquired IShareSpace for over Rs 3.5 crore and is looking to buy more such companies as part of its plan to expand its business. 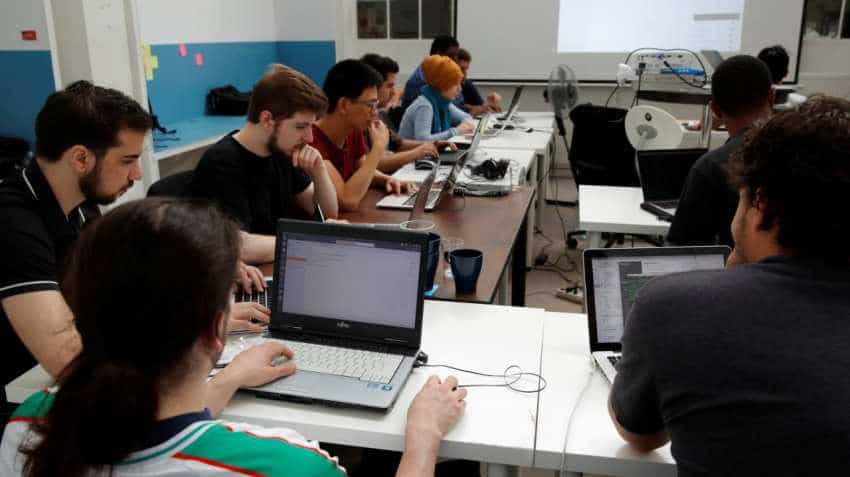 One Co.Work is an end-to-end office space provider for entrepreneurs, corporates and startups. Image courtesy: Reuters
Written By: PTI

New Delhi: Co-working operator One Co.Work Wednesday said it has acquired IShareSpace for over Rs 3.5 crore and is looking to buy more such companies as part of its plan to expand its business.

This acquisition marks consolidation in the co-working segment, that has gained momentum in the country in the last few years. Delhi-based One Co.Work currently has five centres with about 900 seats. It has three co-working centres in the national capital and one each in Gurugram and Bengaluru.

"The deal was closed for over Rs 3.5 crore and post-acquisition, One Co.Work will have eight centres and over 1500 seats to give a substantial boost to the growing popularity of co-working in India," the company said in a statement.

IShareSpace was founded by Priyanka Krishnan and Aayush Maheshwari in 2016 to cater to the needs of modern-day entrepreneurs and professionals. It established its first centre in Mumbai and then expanded to Gurugram, Bengaluru and Chennai.

Commenting on the acquisition, company's CEO and founder Himanshu Bindal said there are many co-working centres that are well located and have good clienteles but they are making losses and are on the verge of closing down because of some reasons.

He said the company was looking to acquire other co-working ventures as part of its plan to expand inorganically. Out of the five centres acquired by it, One Co.Work has made three operational and the remaining two would be launched soon.

"The current acquisition is in line with One Co.Work's recent initiative, EcoSpaze, which essentially is an affordable office-space for bootstrapped start-ups who are low on resources but high on passion. The concept of EcoSpaze has been specifically developed to reach out to markets where there is a lesser paying capacity but a need for fully equipped workspaces," the company said.

One Co.Work is an end-to-end office space provider for entrepreneurs, corporates and startups.