Office space absorption stood at 41.6 million sq ft in 2016, the consultant said in its latest report 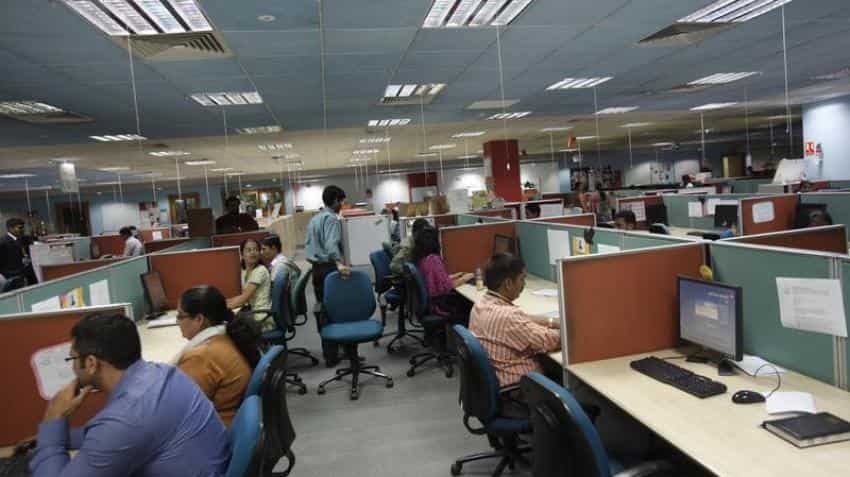 The decline in office space was arrested in 2017 with supply growing by 7%. Image source: Reuters

The leasing of office space remained flat at 41.7 million sq ft, while the average rental rose by 3 per cent during 2017, according to property consultant Knight Frank India.

Office space absorption stood at 41.6 million sq ft in 2016, the consultant said in its latest report.

The seven cities tracked in this report are -- Delhi-NCR, Mumbai, Chennai, Bengaluru, Pune, Hyderabad and Ahmedabad.

"The Indian office space market has been plagued by an abject lack of viable space over the past four years, while demand has stayed doggedly steady," the report said.

The decline in office space was arrested in 2017 with supply growing by 7 per cent.

"The overall transaction continue to substantially exceed supply and this has pulled down the vacancy level to 11.6 per cent from 13.5 per cent a year ago," Knight Frank said.

On rentals, the consultant said that the growth has been strong across markets with the exception of Mumbai that witnessed a 5 per cent decline due to increased supply and vacancy levels.

The report highlighted that the co-working phenomenon is gathering speed.

Across these seven cities, co-working space providers have taken up around 1.3 million sq ft of office space during the second half of 2017.

The steady expansion of new age businesses such as co- working space providers is also one of the defining stories of 2017, he added.