NMDC, in November 2018, had moved the High Court challenging the Karnataka government decision on imposition of the premium on Donimalai ore. 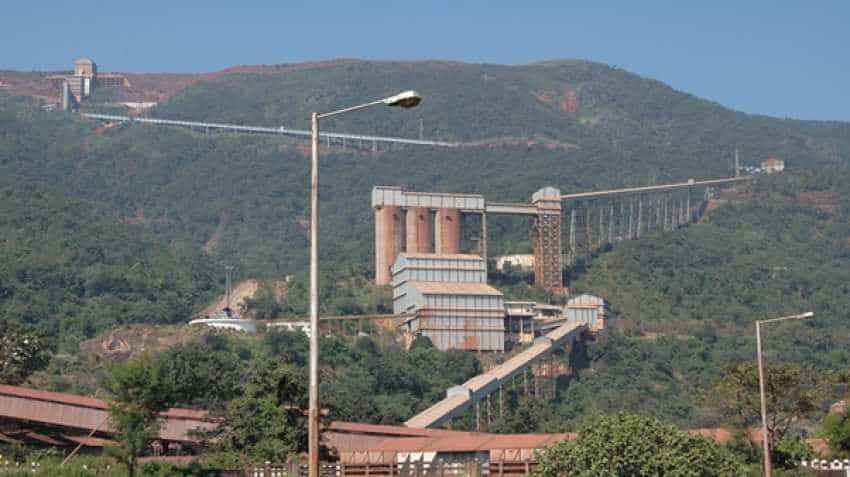 NMDC official said any verdict against the company may have a negative impact on merchant mining sector of the entire iron ore industry. Photo: NMDC Official Website

National Mineral Development Corporation Limited (NMDC Ltd) is in the process of investing about USD one billion on infrastructure in the next three years to help ramp up iron ore production, a senior official of the public sector undertaking has said. Director (finance) of the company Amitava Mukherjee said the cost of the upcoming three-million tonne capacity steel plant would go up to Rs 19,000 crore against the estimated over Rs 15,500 at the time of conception. The iron ore miner has already invested nearly Rs 14,500 crore on the plant. "The mine capacity is also being increased. We are investing about USD one billion...The production of steel-making would go from the current capacity of 146 million tonnes per annum to 300 MTPA, and I see a market in future in domestic ore consumption," he said.

"About USD 200 millions have already been invested in different projects. We expect all this (investment) to be completed by 2022 to 2023," Mukherjee told PTI. At Bailadilla in Chhattisgarh, the company is creating a rapid wagon-loading system for evacuation and setting up a new slurry pipeline. It is also in the process of doubling of railwayline between Kirundul and Kothavalasa (KK line), he said. The PSU is also setting up screening plants in Karnataka and Chhattisgarh. On the upcoming steel plant in Chhattisgarh, Mukherjee said the company was investing Rs 2,000 crore and its commissioning was expected before the end of this fiscal.

Mecon ( project consultant) is doing the revised estimation. Ballpark figure of the total investment on the plant should be between Rs 18,000 crore and Rs 19,000 crore," he said. "If you compare the cost per tonne for a greenfield project all over the world, we are at par. The cost of production at the mining head is as good as that of the top big players around the world," he said. Replying to a query, he said without production from Donimalai mines in Karnataka, NMDC expects 31-32 million tonnes during the current fiscal.

Hoping that the court decision would come in their favour, the NMDC official said any verdict against the company may have a negative impact on merchant mining sector of the entire iron ore industry as it cannot afford to absorb higher premiums and it may set benchmark for future auction by other states.

NMDC cuts prices of lump ore, fines by Rs 500 per tonne each