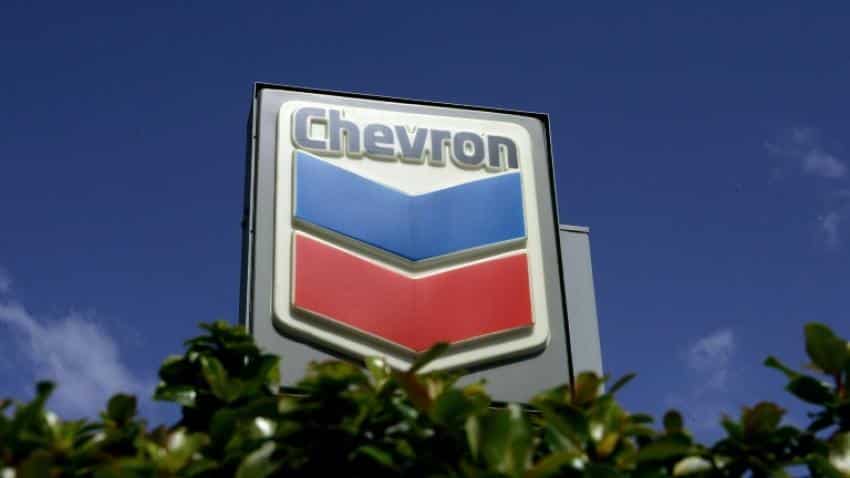 A judge at the federal high court in Lagos dismissed the firms' applications for lack of merit after hearing arguments from both sides and adjourned the case until October 25. Image Source: AFP
Written By: AFP
RELATED NEWS

Chevron and Total on Friday failed to have a court throw out a case implicating them in the alleged failure to declare billions of dollars of crude exports from Nigeria.

The US and French companies are among up to 15 oil majors reportedly targeted by the Nigerian government, which claims the practice lost it $17 billion (nearly Rs 1,13,096.75 crore) in revenue between 2011 and 2014.

A judge at the federal high court in Lagos dismissed the firms' applications for lack of merit after hearing arguments from both sides and adjourned the case until October 25.

Prosecutor Fabian Ajogwu told reporters outside court that the dismissal of Total and Chevron's applications indicated there was "a course of action for the federal government".

Nigeria's President Muhammadu Buhari came to power in May last year, promising to tackle endemic corruption and recover what he said were "mind-boggling" sums of stolen public money.

Buhari's government then commissioned US auditors to compare the number of barrels of oil declared for export with those declared for import in the United States (US), China and Norway.

Court papers seen by AFP said the report concluded that one of "the major reasons for the decline in the revenue from crude oil exploration was due to undeclaration and under-declaration of crude oil shipments made by some major oil and gas companies".

The first case centres around the alleged non-declaration of some 57 million barrels worth $12.7 billion (nearly Rs 84,489.93 crore) to the United States (US) by the Nigerian subsidiaries of Total, Chevron and Italy's Agip.

Anglo-Dutch Shell's local subsidiary is also expected to face action in the coming weeks. The identities of the other companies have not yet been revealed.

The court papers for Friday's case only mention Total and say the government wants $245 million (nearly Rs 1,629.92 crore) in damages and interest, with 21% interest for every year of revenue lost.