NEW WINGS! GoAir doubles fleet in less than 2 years - This is what budget-carrier aims to achieve

In yet another feat for GoAir, two new aircraft got added to its fleet. 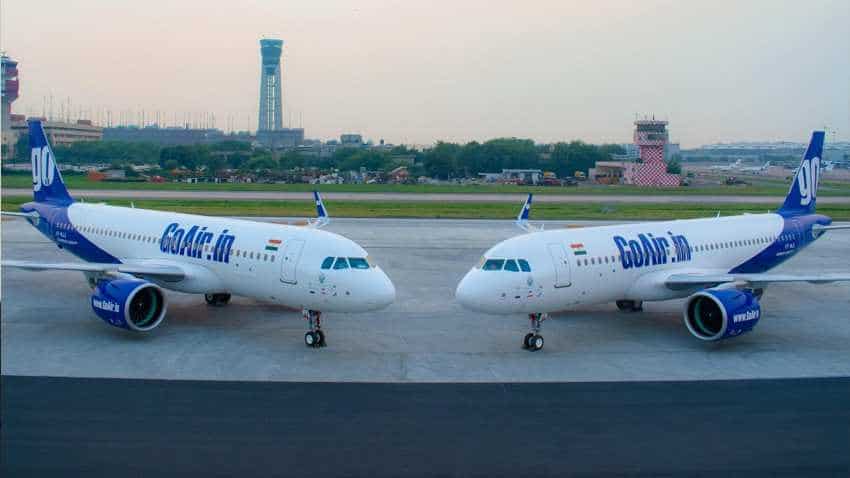 Noteworthy, GoAir has doubled its fleet in less than two years.

In yet another feat for GoAir, two new aircraft got added to its fleet. One A320neo aircraft arrived from Germany’s port city Hamburg and another A320neo aircraft from Toulouse in France. Noteworthy, GoAir has doubled its fleet in less than two years.

The budget-carrier operates 325+ daily flights connecting 24 domestic and 7 international destinations, and aims to achieve 100 million passenger mark in the next two years.

Commenting on the occasion, Jeh Wadia, Managing Director, GoAir, said, “The induction of twin aircraft in the GoAir fleet is in sync with our strategy of aggressive growth and expansion of our network. Our plan is to add at least one aircraft on average every month – GoAir has flown 76 million passengers since inception and our aim is to achieve 100 million passengers in the next two years."

"Our daily flights have grown by 41% to 325+ as compared to 230 daily flights same time last year. These two additional aircraft will offer greater flexibility to add new routes – Aizawl and Singapore – as well as cater to seasonal demand," Wadia added.

According to an official statement issued by GoAir, "The airline plans to start operation to its 8th international destination and 25th domestic destination in India, subject to regulatory approvals."

"In August 2019, GoAir achieved the highest on-time-performance as 85.1% amongst the scheduled domestic airlines, 12th month in a row. During the same month, GoAir flew 13.91 lakh passengers with barely 0.85% cancellations as against an industry average of 1.61% for scheduled domestic airlines. Also, the airline had 0.4 complaint rate per 10,000 passengers in August 2019," the statement added.